Home » Things to do » Sports in Lyon » Sports clubs in Lyon » ASVEL Basketball » Interview of the Month : the American leader of the ASVEL, David Lighty

“If you are open to new experiences and what things people like to do here, the experience in Lyon is ten times better.”

David Lighty, locker room leader and key piece on the court for the ASVEL Basketball, has decided to come back in Lyon. He explains the reasons why he chose this city: it involves winning championships and exploring Lyon’s secrets. 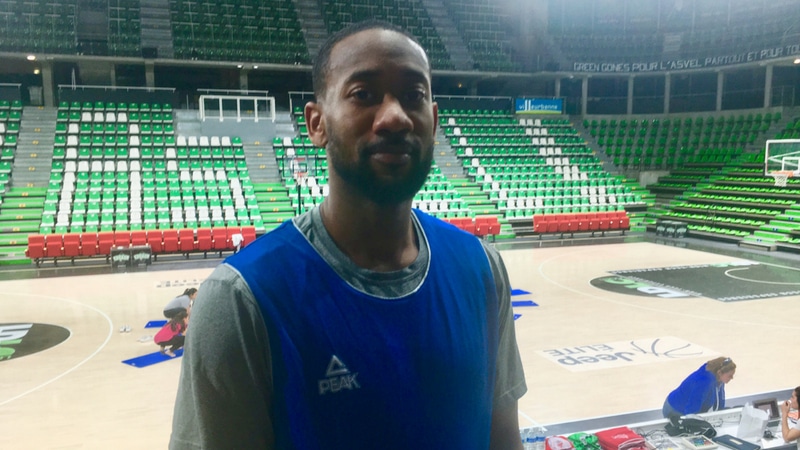 David Lighty is playing his third season in Lyon with the ASVEL Basketball in 2017-18 – © Aloïs Piet.

This is your 5th year in France and the third one in Lyon. What motivated you to come and play for the ASVEL and what were your expectations rejoining the team?

I would say just being comfortable and knowing things to do and where to go. Being over here for so long makes it a lot easier and a lot better.

When I left the team, we won the championship. That’s the standard for sure.

Talking to the people in the organization, talking to Tony Parker, that’s what they aspire for: winning championships. To come back and win, that’s pretty much our main objective. And I’m all about winning, no matter what it is. *laughs*

I have two championships (winning the Pro A championship with Nanterre in 2013 and the ASVEL in 2016), I’ve been lucky so far! Hopefully we can get another!

How would you describe the team’s season? And of course, how about your season?

It’s been good. There have been some downfalls as well, but you know, ups and downs are always the part of a season. That’s what builds character and strength for the right time of the season, the Playoffs.

At the end of the day, that’s all what matters : how you perform in the Playoffs.

The ASVEL, the most decorated basketball team in French history. 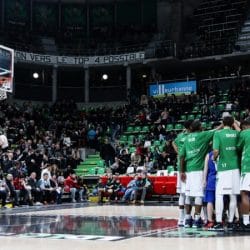 I started pretty well, and then, I had a couple injuries that slowed me down. I strive to raise my level, it’s all about being consistent.

Top college level with Ohio State, 4 different teams in Italy and Paris. Where Lyon should be ranked between those experiences and why?

Between all this experiences? I think Lyon is right at the top.

For me, it’s a mixture of big city and small city. We are right in the middle.

Paris is too crazy, too much traffic, and it takes you forever to get to places. It’s a great city, though, but Lyon is like a smaller Paris where you can move around and enjoy your day without wasting time!

How did settling in Lyon go?

At first, I really didn’t explore too much.

It’s perfect, pretty much, they have all my foods! I go out late at night because I never sleep and Pizza Pino was always open, it’s perfect for me! *laughs* 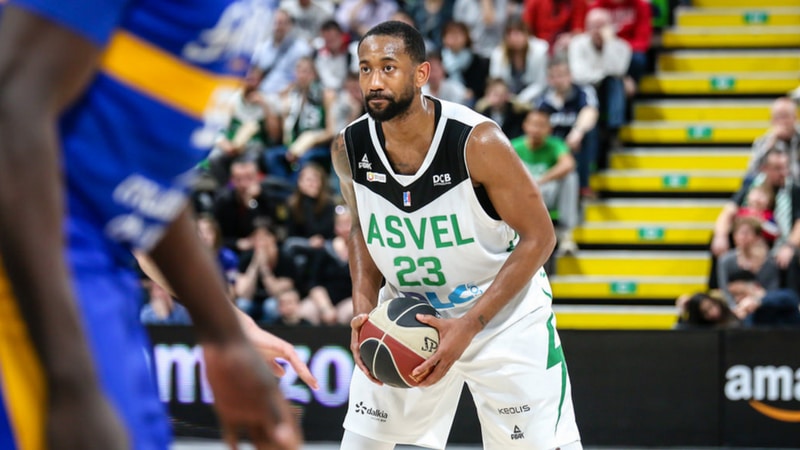 David Lighty has averaged 9.7 points per game with the ASVEL Basketball during the 2017-18 season – © Infinity Nine Media.

Have you found an American community in Lyon? Do your family or friends come to visit you here?

Some people, yes, but it’s been a lot of tourists.

You go out to Part-Dieu, you do some shopping and you just run into people who are from everywhere.

A month ago, I ran into someone from Indiana. She’s from France and she married her husband from Indiana. She lived there and then she came back home to work here. Now, they have their family and she has other American friends that are over here, too.

My friends come often. One of them actually just left a month ago. He’s doing school in London and came down to Lyon. He loved the architecture and the history.

I took him to the ruins of the Roman Amphitheaters. He’s artsy and love taking pictures. He liked Lyon a lot.

What surprised you the most in Lyon? And what did you discover here that you won’t find anywhere else?

I would say how big it is!

I didn’t know how big it was at first. I talked to people but when I got here, I drove around and it was bigger than I thought. That was actually a good thing.

I came from Paris, that was a huge city. I had experiences in small cities in Italy, and I had this experience in my mind. Some things are modern, some things are from the original architecture. It’s a good mix between new and old.

Something that I won’t find anywhere else? Just the beauty of the rivers!

You can go out and relax along the water. I mean, every city doesn’t have that. The hills, Fourvière and Croix-Rousse, to look out on the city is wonderful. Sometimes, you can just relax and gather your thoughts.

Discover the most famous historic landmarks to visit in Lyon! 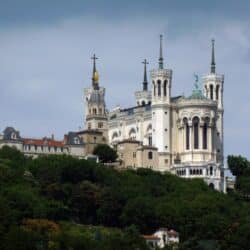 Actually, when my friend came last month, we walked into the Basilica of Fourvière. I didn’t know we could go inside! I’ve been there many times but I never went inside before!

All of the paintings, the details, the windows. I have all the pictures in my phone *laughs*

What do you do in Lyon when you’re not playing basketball?

Usually, I do a little bit of shopping on Rue de la République when it’s nice outside.

I like to go and watch movies at the Cité Internationale. And the Parc de la Tête d’Or, of course. When it’s nice, you rent a little bike and you ride around the park. I’m really relax and laidback.

What are your favorite places in Lyon to spend time (eating, getting coffee or a drink, etc)?

Place Bellecour is always nice who it’s sunny outside. All the shops around the Hôtel de Ville.

I also go to Villeurbanne, the first places I explored close to where I stay. There is that neighborhood close to the city hall called Gratte-Ciel.

Oh, and I just started doing go-karting. It’s called Kart’in Lyon and it’s right by the ring road in Vénissieux. I think it’s kind of new, though.

What would you take away from this experience in Lyon? And do you plan on staying in Lyon in the future?

For me, coming from the United States and being in Europe, you have to be open-minded.

A lot of Americans come here and are sheltered, thinking one way. I think if you are just open to new experiences and seeing the culture, how people live and the things they like to do, the experience in Lyon is ten times better.

Just being free to try things and explore on your own, don’t be scared to try and look, even if you don’t know what it is. Just go see it anyway. You never know, it could be something fantastic. 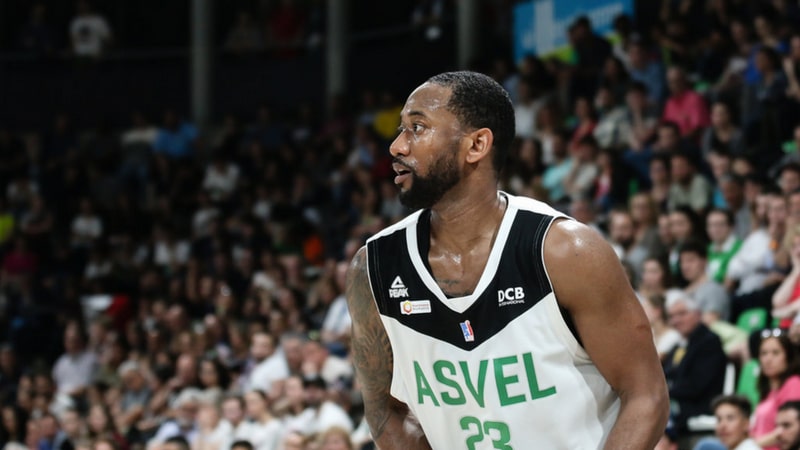 Sometimes, Americans would always be online to find stuff. But if you just explore on your own, you find gems anywhere.

I have another year in Lyon, I’m happy and excited about that.

Oh, and I think a Buddha Bar has open in the Hôtel-Dieu and I love sushi, that’s perfect for me! I will be going to this spot!

If you have to describe Lyon in a few words, what would it be?

Lyon in a few words? A city for everyone.

There are things to do no matter what you like. Arts-wise, sports-wise, food-wise. It’s supposed to be the capital of food, right?

Settling into the city, one game at a time. 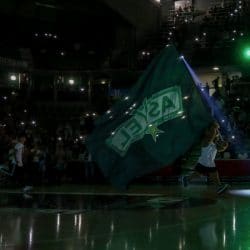 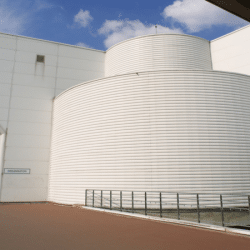