The ASVEL, most decorated basketball team in France, lives in Lyon

The basketball scene in Lyon is personified by the ASVEL, most decorated and influential team in French history with 18 national championships and 8 French Cups between 1949 and 2016.

The ASVEL, acronym for « Association Sportive de Villeurbanne Eveil Lyonnais », is one of the city’s main sports clubs located in the city of Villeurbanne, in the suburbs of Lyon, since the creation of the club in December 1948.

The team, which is in reality the basketball section of the multi-sports club, has trusted the headlines of the elite French basketball league, called Pro A, for decades. It is the most decorated team in France with 18 national championships, from 1949 to 2016, and and settled in the Astroballe since 1995.

One of the most iconic basketball players in French history, Tony Parker, became the ASVEL’s president in 2014 after entering the club’s capital. 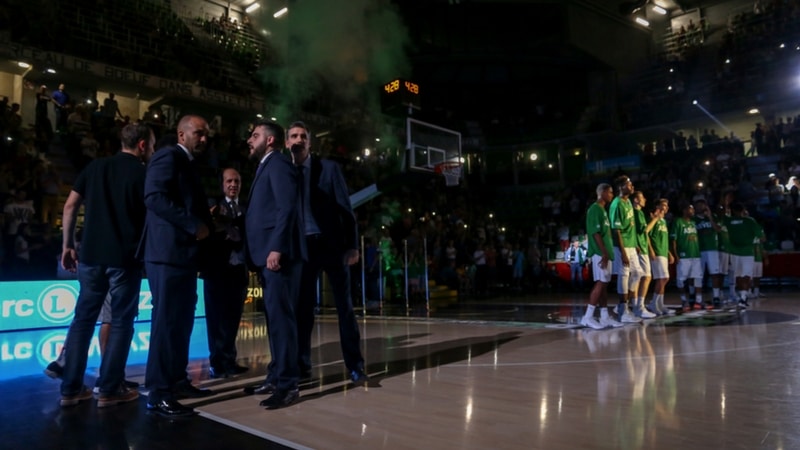 Courtside view of the ASVEL basketball team in the Astroballe, coaching staff on the left and players on the right – Infinity Nine Media

The ASVEL, first hegemonic power in the French basketball history

Created in 1948 from the fusion of the two previous basketball teams in Lyon, AS Villeurbanne and Eveil Lyonnais, the ASVEL is considered as one of the most influential basketball clubs in France.

The « Green Team » was the first hegemonic power in the French elite ligue history.

It dominated the French basketball landscape between the 1950s and the 1970s, by winning 15 of its 18 championship titles and 4 of its 8 French Cups in the span of 33 seasons.

No other French basketball team tallied more than 18 championship titles and 8 French Cups.

A 17-million francs debt used to professionnalize the ASVEL

A rough period ensued in the 1980s and early 1990s because of financial difficulties.

Marc Lefebvre, Francis Allimant, both involved with the club, and the city of Villeurbanne saved the ASVEL in 1992 with a payment of the 17-million francs debt, the day before it was supposed to be put into judicial liquidation.

The association used the refund to rebound and launch the professionalization of the team.

ASVEL’s entry into the modern basketball with Tony Parker

The ASVEL developed into the Adecco ASVEL Lyon-Villeurbanne in 2001 thanks to the involvement of businessmen in the directory of the club, which was identified since its creation as a popular team. 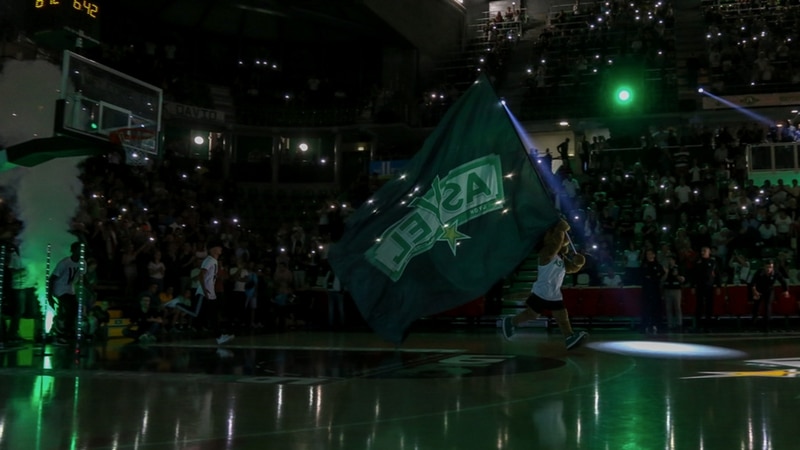 A new and wider vision for the ASVEL saw the daylight in 2009 with the entry in the club’s capital of Tony Parker, one of the most iconic basketball player in French history and star player of the San Antonio Spurs (NBA).

He eventually became the major shareholder and president of the ASVEL in 2014.

The ASVEL ended up with mixed results considering the club’s flashy acquisitions and the largest budget in the Pro A. The team however showed a glimpse of the expected success by being crowned champion in 2016, for the 18th time in ASVEL’s history, a national record.

The main figures of the ASVEL

Tony Parker established himself as the cornerstone of Lyon’s basketball scene.

The most successful French basketball player in NBA’s history integrated the ASVEL as a minor shareholder in 2009, before investing more money in 2014 and becoming the club’s president.

In 2011, Tony Parker played in 8 games for the ASVEL during a temporary work stoppage in the NBA. But his footprint is more relevant as the team’s president. 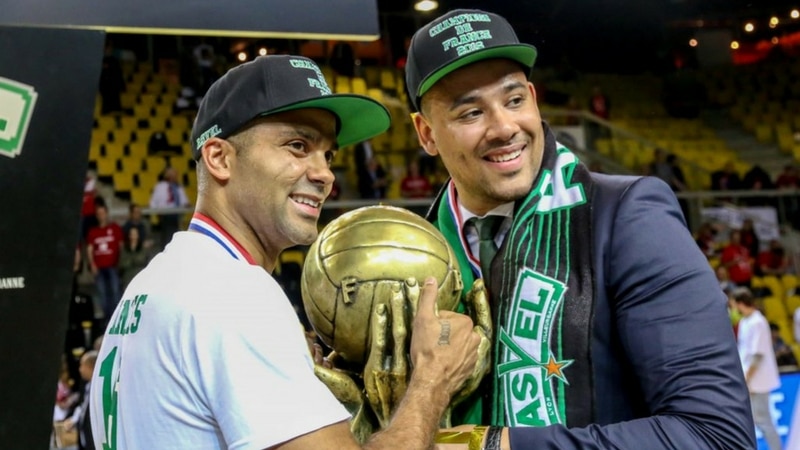 He engineered the Tony Parker Academy, a sporting complex opening in 2019 in Gerland, in vincinity of the Palais des Sports and Stade de Gerland, that will regroupe ASVEL’s training center and formation center, as well as a refereeing school.

Tony Parker also initiated the project of a new arena in Villeurbanne included within an ambitious plan of anchoring the ASVEL in Europe’s elite, the EuroLeague.

His childhood friend and youth league teammates, Gaetan Muller, is the ASVEL’s deputy chairman while Tony Parker plays in the NBA..

Alain Gilles, the legendary player of the ASVEL

The first decades of success were made possible thanks to three iconic players that stands today in the ASVEL Hall of Fame : André Buffière (1948-58), Henri Grange (1954-69) and especially Alain Gilles (1965-86).

If only one was to be remembered, it has to be Alain Gilles. 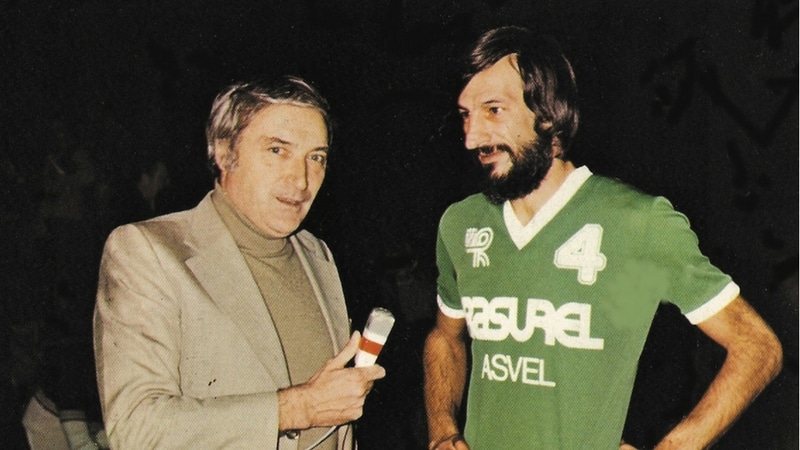 Nicknamed « Mr. Basket » by the fans, he is widely considered as one of the most talented French basketball players in history. « Gillou » first played for the ASVEL at age 15 and stayed for 24 years, leading the team to 8 French championships.

Alain Gilles became a legendary figure on the court, as point guard and team captain, but also off the court, as head coach for 1980 to 1989.

Delaney Rudd, the American that brought European success to the ASVEL

Finally, Delaney Rudd is the symbol of the ASVEL’s revival during the 1990s.

The American product nicknamed « Mister D » led the « Green Team » at the highest European level with the combination of Gregory Beugnot as head coach : the ASVEL reached the Final Four (or semifinals) of the EuroLeague, top European competition, in 1997.

Like Alain Gilles, Delaney Rudd wore the n°4 jersey and sealed the legendary fate of the number, the only retired jersey in ASVEL’s history.

The Lyon ASVEL Basket, the feminine squad tied to the ASVEL

A feminine squad is tied to the ASVEL since 2017 when Tony Parker bought the Lyon Basket Féminin. The structure, created in 1946 under the name of FC Lyon, was eventually renamed as Lyon ASVEL Basket.

The feminine squad dominated the amateur ranks for a long time, before its accession to professionnalism in 2011. Financial issues lately put a halt on the club’s ascension, before the rescue of Tony Parker.

The Lyon ASVEL Basket earned its first professional title in 2013 with the Challenge Round, while the team’s formation center trust all the titles between 2014 and 2015.

The « Green Gones », ASVEL’s sixth man in the stands

Two groups of supporters are regularly in the stands of the Astroballe to support the ASVEL.

« The 3A », created in 1995, and the « Green Gones », launched in 2011, sing, dance and encourage their team for every home game. They bring a friendly atmosphere to the Astroballe and wish to build a dynamic support before, during and after the games. 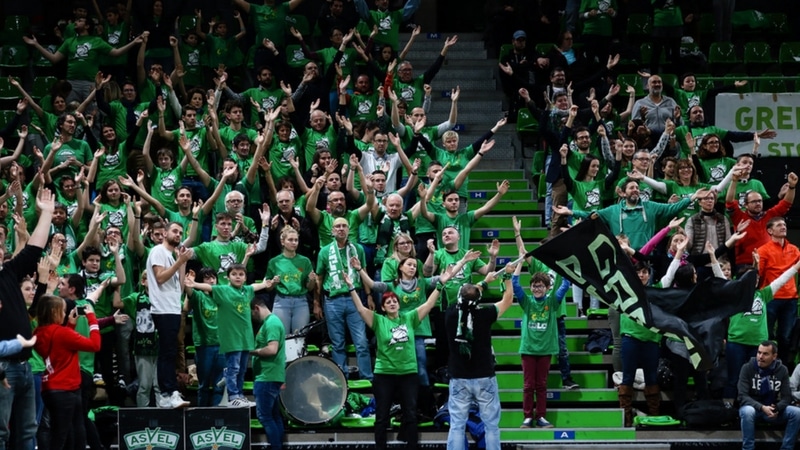 Where to find the ASVEL ?

Astroballe, home of the team since 1995

The ASVEL resides in the Astroballe, a 5,600-seat arena in which the team plays over 30 games every year since its inauguration in 1995.

It remains today the exclusive resident of the arena.

The Astroballe, located in the neighborhood of Cusset in Villeurbanne, second most populated city of the Lyon’s metropolitan area, is one of the largest basketball arenas in France. 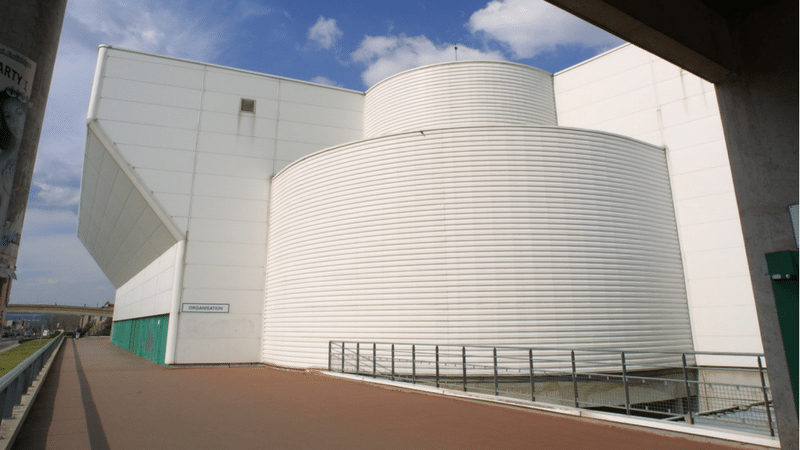 The Astroballe, home of the ASVEL in Villeurbanne, is the 6th biggest basketball arena in France – Gilles Michallet/Villeurbanne

The future of the ASVEL will not be tied with the Astroballe. A key point of Tony Parker’s inclusion was to build a new arena to match the club’s European expectations.

This new arena, financed entirely by private funds, is supposed to be unveiled in 2020 on the George Lyvet site in Villeurbanne, between the Astroballe and the Canal de Jonage. A naming partnership should be found before the inauguration.

It will then become the largest basketball arena in France, with an audience of 10,500 at full capacity.

The venue will also serve as a new multi-purpose stadium for metropolitan area. A scene for cultural shows and concerts is included in the project, bringing the full capacity to 12,000 spectators in this configuration.

The Lyon ASVEL Basket, women’s basketball squad tied to the ASVEL with the takeover of Tony Parker. However, the team plays in Gymnase Mado Bonnet in the neighborhood of Bachut, in Lyon’s 8th arrondissement.

The 650-seat gymnasium hosts the Lyon ASVEL Féminin since 2008.

Recently, a few games of the Lyon ASVEL Féminin are relocated in Palais des Sports of Gerland and the Astroballe.

How to get to the Astroballe ?

Records of the ASVEL :

The LOU Rugby has taken Lyon’s rugby scene to the elite league     The LOU Rugby, acronym for « Lyon Olympique Universitaire », is the professional rugby team for the city of Lyon and stands as one of the oldest rugby clubs in France, created in 1896. The centenary team only reached the professional status in […]

Settling into the city, one game at a time.

Interview of the Month : the American leader of the ASVEL, David Lighty

An advice from Davd Lighty: don’t be scared and explore the city of Lyon.