Looking to join some fellow athletes and workout for free? Lyon’s running communities have you covered.

Running communities in Lyon offer multiple weekly sessions centered on running, strengthening and most importantly, sharing moments and experiences with other passionate runners.

Running is considered an individual sport, but working out with other people is a whole different experience that fits some runners’ preferences better.

Running communities have found a place within the sports landscape in Lyon with groups like the “Lyon Running Crew” and “Courir à Lyon.” Both regroup dozens of runners for multiple sessions every week.

When it comes to strengthening, “social runs,” or girls’ runs, running communities provide various activities easily accessible to anyone looking for partners in crime.

Sharing experiences and discovering the city with the Lyon Running Crew

One of the oldest running communities in France

The Lyon Running Crew is one of the oldest running groups in France, created in 2011, and offers free runs open to any runner all year long.

The weekly running sessions are not workouts, strictly speaking, but rather engaged practices made to reunite passionated runners in order to discover the city of Lyon through running.

The performance is not the ultimate goal and you don’t have to be an expert runner to join the crew. The most important thing is sharing a moment with other runners. 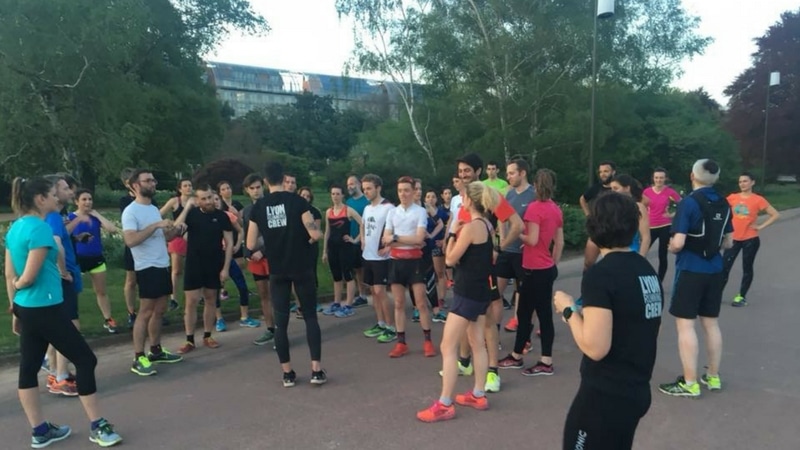 The Lyon Running Crew is involved in the “Bridge the Gap” project, initiated in the United States by the renowned “Run Dem Crew.”

It joins together running communities from around the world under the same umbrella in order to help travelling runners train with a local community.

The association hosts approximately 60 runners for each of the four weekly running sessions, all starting from the Place des Célestins, near Place Bellecour in the Presqu’île.

Two runs are held on Mondays: one interval run with Maxime and another elevation run with Sophie. Thursdays runs are exclusive to women with the girls’ run provided by Pauline.

But the iconic session of the Lyon Running Crew is the “Social Run” held on Wednesdays with Lucas. It was the first running session created and illustrates the fundamental principles of the crew: sharing experiences with no focus on performance.

The circuit of the “Social Run” is different every week but two characteristics remain unchanged : it lasts for 10 kilometers with a running pace of 10km/h.

The session concludes with a drink in a local bar where the runners get to know more about each other.

The Lyon Running Crew is made up mostly of young adults. Some of them come back week after week, and the crew welcomes new members for each of their sessions.

Partnerships and a running event in Morocco

Three years ago, the group formed a partnership with the Odlo shop, based on Place des Célestins. With the partnership, runners from the Lyon Running Crew get discount prices on Odlo products at the shop.

The community also encourages its runners to take part in several running competitions in Lyon, such as the Ultra Boucle de la Sarra, the Lyon Urban Trail or Run in Lyon. The Odlo Hard Trail de la Vanoise, in Savoie, is another regional event the community competes in.

The Lyon Running Crew tries to provide international races and has travelled to Casablanca, in Morocco, for the 15 kilometers of Bouskoura, in association with the event.

Discover the best places to run in Lyon!

The Courir à Lyon association has been highlighting the running community in Lyon since 2015 and provides free sporting activities focused on strengthening and running on a weekly basis.

The association gathers around to meet and share in the spirit of sports, including counseling or recommendations about running. There is no need to register for the activities and they are open to any level of athlete.

About 100 to 150 runners reunite for the biggest events, among four running sessions happening each week of the year.

The most attended events of the week take place on Thursdays at 7 p.m. and Sundays at 6:30 p.m. in the Parc de la Tête d’Or.

They start with a warm-up around the lake of the Parc, followed by muscle reinforcement or working sessions and then concluded with running sessions of 2-3 kilometers. 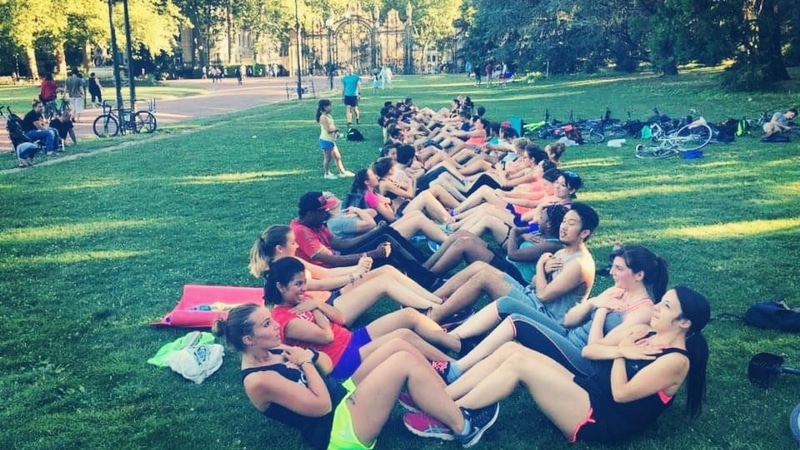 Tuesday runs, starting around 9 a.m. in the Parc de la Tête d’Or, are exclusive to women and are focused on fitness and strenghtening.

Saturday sessions take place, however, on the nearby athletics track of La Doua in Villeurbanne and are centered around interval running, with some strenghtening and educative working sessions.

No registration is asked upon participation in the events, but a symbolic subscription of 2€ can be done on the Courir à Lyon website. It offers the subscribers discount prices on sporting gear from the partner shops and the opportunity to win bibs for some competitions.

Courir à Lyon has partnerships with the running shop Spode, located in the 2nd arrondissement near Cordeliers, and the local radio station Radio Scoop.

Runners from the association participate in local sporting events, such as Run In Lyon, the Lyon Urban Trail, the Marathon du Beaujolais or regional competitions happening on the weekends across France. 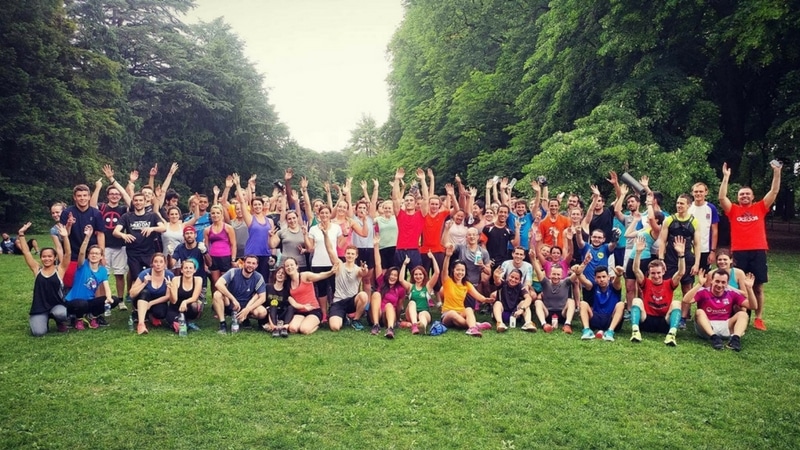 The second edition takes place on Sunday, June 3rd, 2018 in the Grand Parc of Miribel-Jonage and reunites runners eager to time themselves around the circuit of 10 kilometers as well as friends looking to spend a good time running.

The « Run’Eat » starts with a 10-kilometer race and ends with a barbecue on La Terrasse des Iles. Registration is required and two options are available: 12€ to participate in the race and 20€ for the race and the barbecue.

More to know about running in Lyon :

The Best Circuits to Run in Lyon

The great places to run in Lyon, with urban circuits and green parks.