The Improvidence Theater’s Improv Fest Unites Improvisers Across the World

The first ever Lyon Improv Fest kicks off May 5, with 15 international guests, 25 workshops, and 20 shows over the course of a week. Born at the Improvidence Theater in Lyon 3, the festival seeks to bring together improv artists from all over the world.

Tebby is one of the organizers behind Lyon’s first ever Improv Fest, a week dedicated to the art of improvisation. From May 5-12, international guests and attendees will participate in workshops and shows spanning all areas of improv performance. 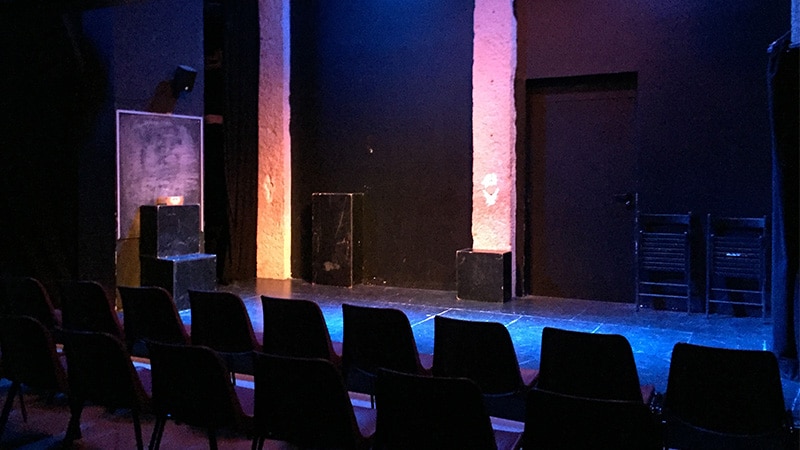 The Improvidence Theater in Lyon 3 is Lyon’s only theater dedicated to improv shows.

The Lyon Improv Fest is the newest addition to a growing number of improvisation festivals around the world, the first event in Lyon where improv artists can come together and showcase what they do best: performing on the fly and making every show unique.

And that’s why the Lyon Improv Fest will be held entirely in English, at the Improvidence Theater (6 rue Chaponnay, 69003), Lyon’s only home for strictly improv performances.

“What could the Improvidence do as a festival that other places couldn’t do because they wouldn’t have the resources or the budget?” said Tebby. “Which was to have an international festival with lots of guests from all over the world, and to have everything in English.”

So Improvidence president Thomas Debray set off to contact the biggest names in improv he could find, and wound up with a guest list that includes Mark Jane, Joe Bill, and Patti Stiles among many others.

The Improvidence Theater is Lyon’s only stage dedicated solely to improvisation performances. Created in 2014, the theater builds on the French concept of café-théâtre, already popular in Lyon.

“Culturally there’s a lot of stuff in Lyon in the way of theater,” said Tebby. “There was always that culture of café-théâtre that there wasn’t as much of in other cities.”

But café-théâtre has its limits for improv, with shows held in small bars and restaurants that can only accommodate a few performers at a time. 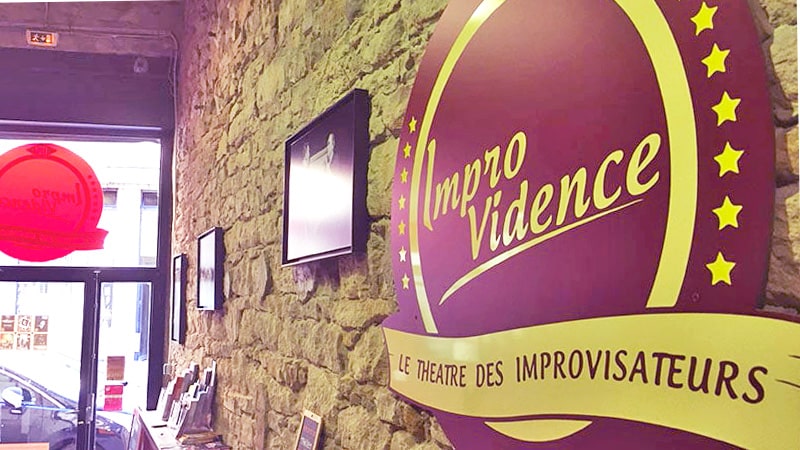 The Improvidence Theater began its run in Lyon in 2014 and is now organizing the first improvisation festival in Lyon.

Then Debray and Tebby took trips to Chicago, a hotspot for improv with reems of theaters dedicated to the art including the Second City comedy club, the iO Theater and the Annoyance Theater.

“Thomas, who wanted to create the Improvidence, got the idea when he went to the U.S. and saw what improv is like in Chicago, with all the theaters dedicated to improv,” said Tebby.

The Improvidence was created shortly after, to unite the improv artists of Lyon and greater France to exchange ideas and create new shows and groups.

“The Improvidence is a place where all these people come and meet,” said Tebby. “That idea didn’t really exist before.”

From Engineer to Full-Time Performer

“The Improvidence started the last day of my previous job,” Tebby said.

The British-French engineer-turned-improviser first took the plunge into full-time performance when the Improvidence opened in 2014, after making improv his hobby for years.

“I started in September 2006,” he said. “I was in engineering school in Lyon and I’d been doing theater since I was a kid.” 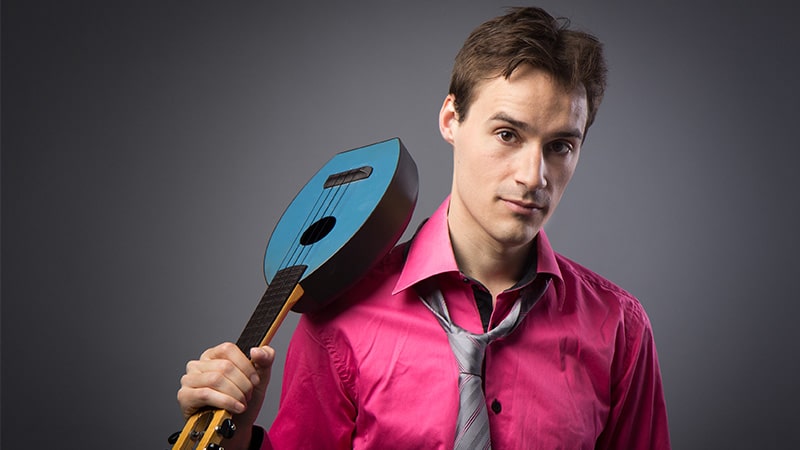 “I’d always been doing theater and seeing people on stage, I’d think, ‘Oh, I could do that,’” said Tebby.

Today, Tebby mostly performs at the Improvidence in Lyon, and has a show there in English called “Why not?” with fellow improviser Annie Guerra-Philips.

Improvisation as a Window to Real Life

Improv is an artistic way to explore the reality that in life, anything can happen.

Improvisation can be separated into three main trends, that is French, American, and British/Canadian, which all appeared and gained popularity at the end of the 70s.

“The basics are always the same but there are variations,” Tebby said.

The French “match d’improvisation” was created by classic theater actors inspired by the structure of play scenes. The British and Canadian style, meanwhile, was pioneered by an improviser named Keith Johnstone. This style is inspired by the game of catch, adapted into a sort of theater sport.

“So it’s not a real sport, not a real competition, but sort of pretending to be” said Tebby. “It’s more based on a fun and free approach.” 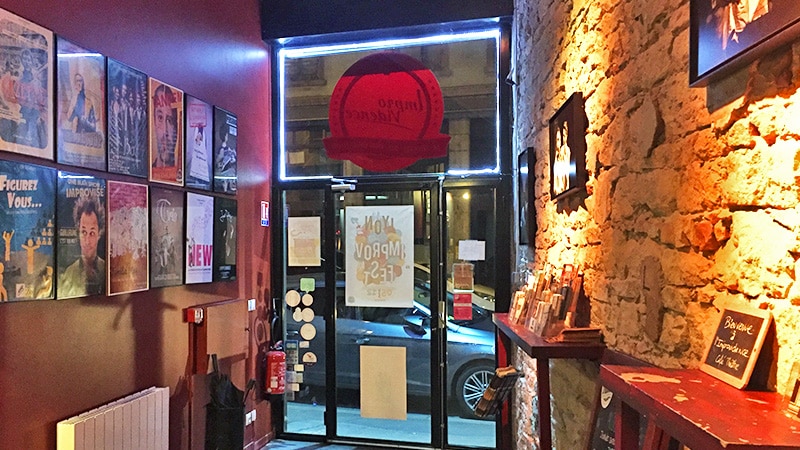 Starting May 5, the Improvidence will welcome an international cast of improvisers to for the 100% English Lyon Improv Fest.

The third style comes from the U.S., more specifically from Chicago, where Debray and Tebby were originally inspired. Called longform improv, this method gives actors a lot of freedom and is based on sketches and standup.

The Lyon Improv Fest will be a mix of these styles, with a focus on American and British-Canadian trends. For the audience, that means getting into the universe of the show.

“I quite like to interact with the audience during the show because I feel they’re really part of it,” Tebby said. “If someone makes their glass fall on the floor and it makes a big noise, we can pretend nothing happened, but it happened, so we might as well use it.”

And for workshop attendees, that means learning to stay in the moment and not think ahead.

“There’s always something happening, even if you’re just two people looking at each other not saying anything,” Tebby said. “Anything can be used to create something else.”