Home » Things to do » Museums » Museum of Gallo-Roman Civilisation » Aqua Exhibition: How the Romans Brought the Water to Lyon

Aqua Exhibition: How the Romans Brought the Water to Lyon

“Aqua, A Roman Invention”, at the Lyon Gallo Roman Museum in Fourvière (until 6th May 2018).

Aqua is a homage to the trickling life source that the Roman’s, through their sheer audacity, engineering supremacy and love of abundance, brought to Lyon all that time ago by way of the aqueduct.

Inside the Gallo-Roman museum in Lyon’s 5th district (now called Lugdunum), not only is there a stunning exhibition by Phillipe Schuller, a photographic hunter of historical remnants, there is also a rare series of 18th century scale drawings of the said waterway.

In fact, the whole museum is temporarily scattered with interactive snippets for the visitor to understand just how ingenious the Romans were. Not like us lot, with our tablets and mobiles and toddler attention spans. 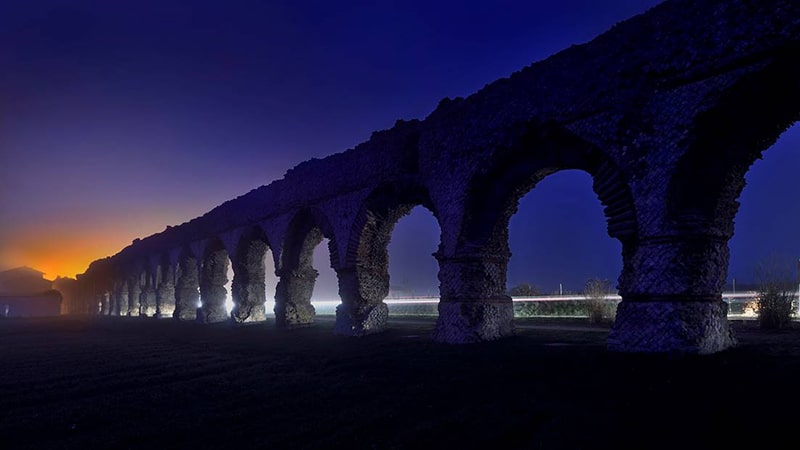 No, the Romans needed rivers of it to fill up their fountains and their private baths, keep their gardens lush, for the more water you had, the more the Gods thought you were great.

So upon their arrival in Gaulish Lyon, a small congregation of Romans were scratching their heads. How do we make the dream happen here?

How can we bring water from the surrounding hills to Lugdunum?

Aqua is a subtle photographic and architectural story of how astonishing resources and engineering were employed to bring 30,000 cubic metres of water to the city per day by way of the aqueduct, and how through waterways, wells and cisterns, a city was created, overflowing with life.

Walk through the cemented submarine that is the Gallo Roman Museum and water accompanies you everywhere.

It trickles by, you can hear it in the echoes. Amid the permanent exhibitions of Romanness, check out the Ecole Centrale de Lyon students who have made a mock aqueduct and pump, and for the curious of foot, there’s an interactive map showing where all the aqueducts are.

Pictures that retrace the Roman past of Lyon

A little further downwards, you step into a warmly lit room where a historical jigsaw puzzle comes together. 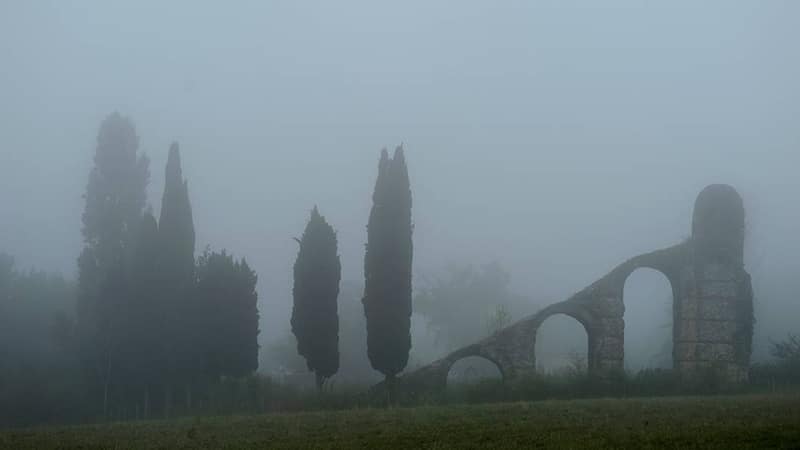 Philippe Schuller, the renowned French photographer who has made Lyon his abode, revisits this world of water and reveals what is left. It takes some doing.

Rummaging for remains when time is constantly tipping towards the future, building things on top of what once was. But he finds them.

Superbly preserved chunks of the enormous Gier aqueduct sit alongside the remains of a double siphon crawling with ivy. There are tunnels, bridges, walls and arches, all observed in different seasons, different lights, mellow mostly, detailed.

Some are at twilight, some are thick with mist or moss, one has been taken in the dark.

The frames are dotted over the walls whose centrepiece is a giant rectangular hole and when you look down through it you see a beautiful rectangular mosaic on the floor, that of Bacchus, the God of wine, with a drunken Hercules unsteady on his feet, as if he were shouting “wine wouldn’t be anything without water, fools!” 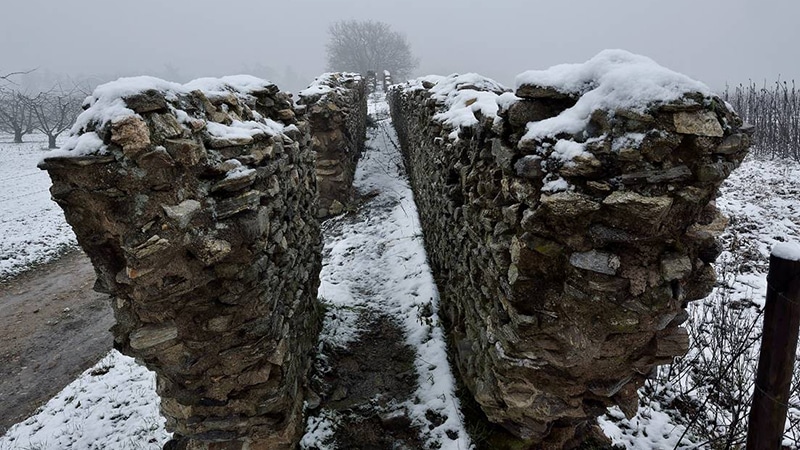 If you tiptoe further down, you’ll see that around this mosaic you previously saw from above there is another series of frames dotting the walls. No photos this time.

They’d disappeared during the French Revolution and had been lost for decades, but fortune had it that they popped up again in 2003 in a sale in Paris. They total 45 metres no less.

So two floors and two exhibits, a conversation over the centuries. 250 years may separate both creations, but photographer and architect share one common purpose – to show the urge and necessity to retrace this mind-blowingly advanced civilization, to learn from it and keep it alive. You’ve got until May.

If you want to get a glimpse of the remains of the aqueducts in and around Lyon, there are organised visits in both French and English. Why not send a mail to:
[email protected] (Fourvière, Chaponost and St Foy)
[email protected] (for Lyon’s Roman aqueducts)

Ask someone at the desk to get the mock aqueduct and pump working. They’re rather impressive and show the ingenuity of the Ecole Centrale students, those seedlings set to blossom into famous engineers, like the Romans before them.

Video: how the Romans brought water to Lyon