The Many Memories of Montluc Prison

Situated in the heart of Lyon’s 3rd arrondissement is the Memorial to Montluc Prison, a site with a history that is connected to many different stratas of French history, including as a transit camp for Jews and Resistants during the Occupation.

Although it seems to be at first glance no more than a low-lying concrete structure, unassumingly situated in the heart of Lyon’s 3rd arrondissement, Montluc Prison has borne witness, and now pays testament to, some of the most brutal years of Lyon’s history.

Minimal signage greets you upon your arrival, and you will have to buzz the door and wait to be allowed to enter.

Unlike many who passed through these doors, yours will be an entrance by choice.

Barbed wire curls ominously along the top of the outer walls, and it is eerily quiet once inside, owing to the fact that in order to enter, or indeed, to escape (as two prisoners famously did), one had to pass two thick, concrete walls. 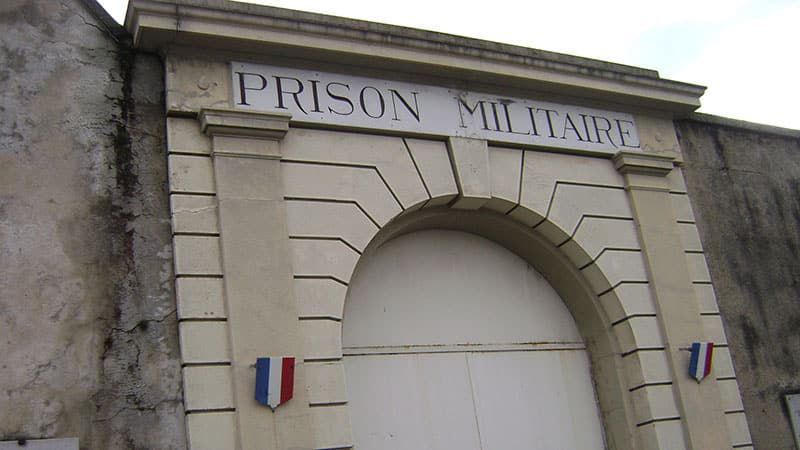 Montluc Military prison was built in 1921 in Lyon’s 3rd arrondissement.

Entangled with some of the complexity of the French politics of remembering their role in the Second World War, and particularly the role the Vichy regime played in this story, the importance of ‘remembering’ what happened at the Prison during WWII was not immediately prioritised in the après-guerre period.

Directly after the war, it served to detain French and German war collaborators, and was again a Military Prison during the Algerian War.

It was lastly repurposed as a Civil Women’s Prison, the doors of which did not shut until 2009. Despite plans to destroy the site after its closure, it was transformed instead into a place of commemoration.

The Montluc prison’s current temporary exhibition, which will run until the 28thApril 2019, is aptly named Traces. 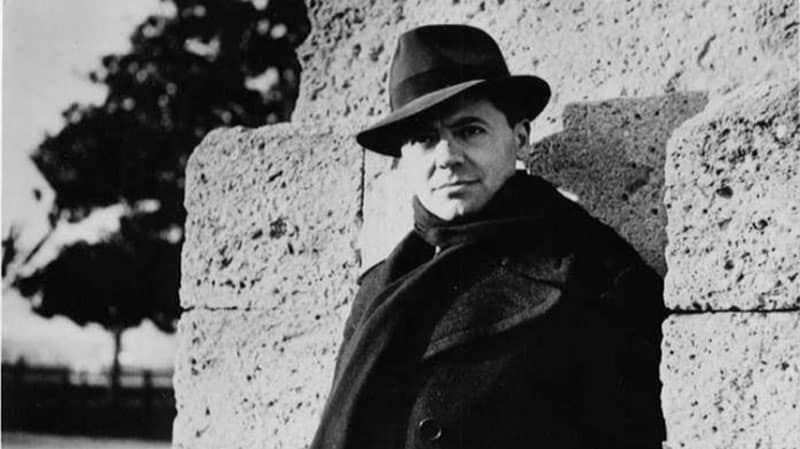 Jean Moulin was a major figure of the French Resistance. On 21 June 1943, he was arrested at a meeting in Caluire-et-Cuire near Lyon and sent to Montluc Prison.

Firstly, because of the lack of surviving evidence from its time as a Gestapo transit camp, much information has come from traces of graffiti left by prisoners on walls and doors and these traces come from different stages of the site’s history.

The very decision to construct the Prison was made with the horrors of WWI well in mind, although, from its construction in 1921, until the outbreak of the Second World War in 1939, it served very little purpose.

Only a few months after the declaration of war, Montluc was re-opened to serve its primary purpose as a military prison. Keep in mind that the prison itself was originally built with the capacity to detain 127 inmates at one time.

Under the Butcher’s Control

From the 22ndof June 1940 onwards, the prison passed into the control of the Vichy Regime, a time in which most detainees would have been Communists, anarchists or the very first resistants. During this time, conditions in the Prison remained relatively adequate.

Yet the arrival of the Wehrmacht in Lyon, and, with the transfer of control of the prison into the hands of one infamous man – Klaus Barbie, the “Butcher of Lyon”, conditions deteriorated rapidly. 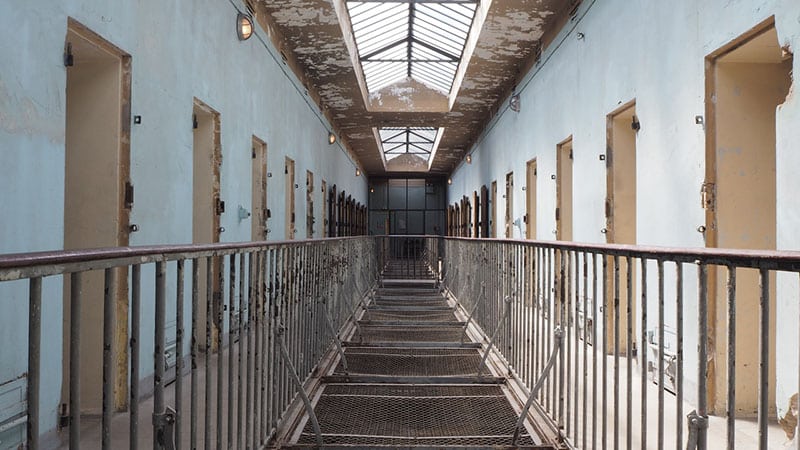 The central heart of the Montluc prison is relatively similar to how it would have been, including all the original doors having been reattached to the cells.

Having passed through various phases of restoration and reparation, the central heart of the prison is relatively similar to how it would have been, including all the original doors having been reattached to the cells.

By 1944, the 4m2cells housed eight at one time and the toilets and showers became spaces of detainment as well.  Mothers were often separated from their children. It is likely that there were 1300 detainees at any given time.

Between February 1943 and the 24thof August 1944, the date of the liberation of the prison, more than 10 000 people would have passed through the prison. Amongst these were Jewish men, women and children who were not long inside its walls before being transported to German concentration camps.

Haunting Stories at the Montluc Prison

On the walls of the cells you will be able to read stories of some of the prisoners detained there. Some of these names are well known – famous members of the Resistance like Jean Moulin and Marc Bloch, for example.

Then there are the more haunting stories; that of the 44 Jewish Children of the Izieu and their seven adult caretakers who, under the express orders of Barbie himself, were detained at Montluc before eventually being transported to Auschwitz. 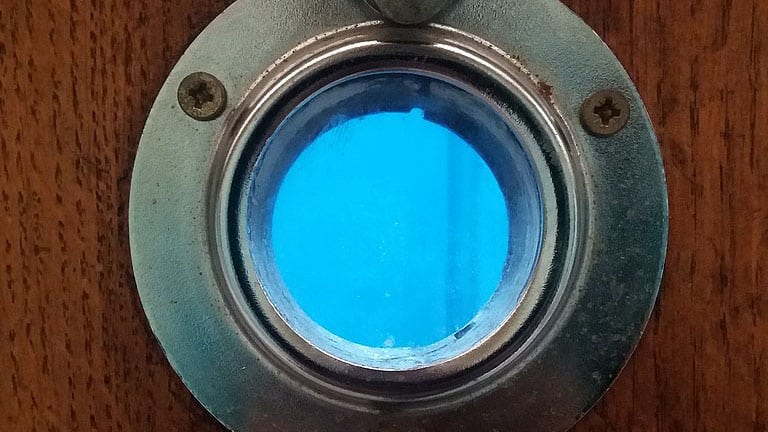 Inside Montluc prison in Lyon

In an act of seeming closure, after conviction in France for crimes against humanity, Barbie himself passed one week of symbolic internment in the prison in 1987.

There are, of course, as we were told by our guide – countless stories which will never be told.

Most names will never be recovered, owing to the lack of supporting evidence which exists from this period.

But the active work of ‘remembering’ Montluc is ongoing, with a team of eight who work together to trace further elements of its history and to create its temporary exhibitions.

How to Visit the Monluc prison in Lyon:

Entry to the prison is free, as are the tours available at 3:30pm. These are in French; however, guides do speak English and welcome questions.

Institut Lumière is Lyon’s cinema museum and home of the inventors tof the Cinematograph in 1895.

Located in the old quarter in Lyon St Jean in a Renaissance building, the Musées Gadagne comprise two truly beautiful museums: the Historical Museum of Lyon and the newly refreshed Museum of Puppetry Art.