Where the Cinema was created

If you’re a film buff, you’re in for a treat. Because this is where it all started. Where the minds of brothers Auguste and Louis Lumière sizzled and smoked to create the Cinematographer in 1895, the first ever three-in-one device that could not only record, but develop and project motion pictures. Welcome to the Institut Lumière, today a thriving epicentre of cinema, new and old.

It was in 1895 that the Lumière bros released the very first motion picture, “Workers Leaving the Lumière Factory”, much to the wide-eyed wonder of the crowds.

Fast forward 120ish years and you’ve got yourself a glittering and much-worshipped film-vulture venue in the 8th district of Monplaisir, the Institut Lumière, rue du Premier Film, promoting and preserving anything and everything to do with cinema. 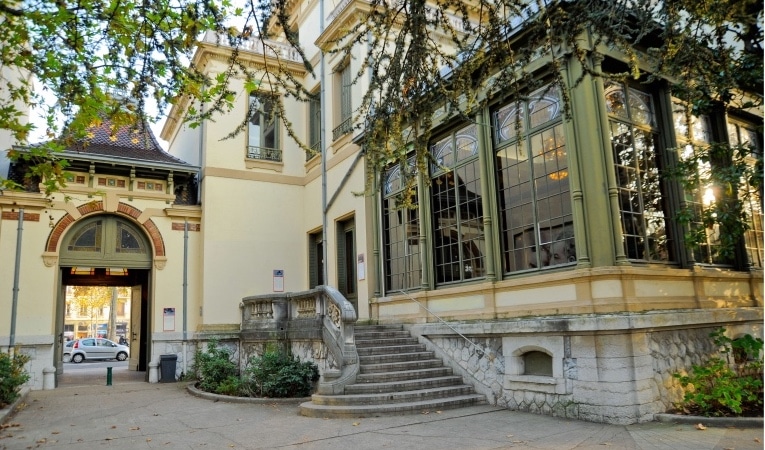 It is complete with a dazzling Art Nouveau Museum, the First Film Shed (restored and revamped by Didier Reppelin and Pierre Colboc in 1997) and a wall that pays homage to filmmakers past and present.

Oh, and a garden. Sumptuous. Dip into its eclectic mix of films, get lost in the cinematographic universe of the museum, or just sit in the garden and count the geeks as they geek-walk by.

Lumière, a museum and an international film festival

The Institut Lumière, the actual family home of the Lumière, is today administered by Bernard Chardère (Positif magazine) who founded the place in 1982, along with Maurice Trarieux-Lumière, grandson of you-know-who. Today it is directed by Thierry Frémaux, the chap behind Cannes Film Festival, and has as its president filmmaker Bertrand Tavernier.

The Festival Lumière, the glamourous stunner of a festival which takes place every October, is when the Institute truly comes ALIVE. But even throughout the year it is brimming with ideas and debates, conferences and a panoply of projections to make your mouth water.

The Villa Lumière, nicknamed the “Château”, is where you’ll find the museum. It was dreamt up by Antoine, the bon vivant and big-spender Lumière daddy, whose ideas were fed to architects Boucher and Alex from 1899 to 1902.

What they came up with is a feast for the eyes. An Art Nouveau mash-up of irregular forms, varied elevations of cornices and balustrades, jutting out, curving, looming in yellows and creams and browns.

There’s a winter garden, a conservatory with beautiful bay windows, a billiard room, an imposing staircase whispering at you to step up…

How Lumière brothers invented the cinematograph

The museum puts the spotlight on the ingenious engineers that were the Lumière brothers and their invention, the Cinematograph. 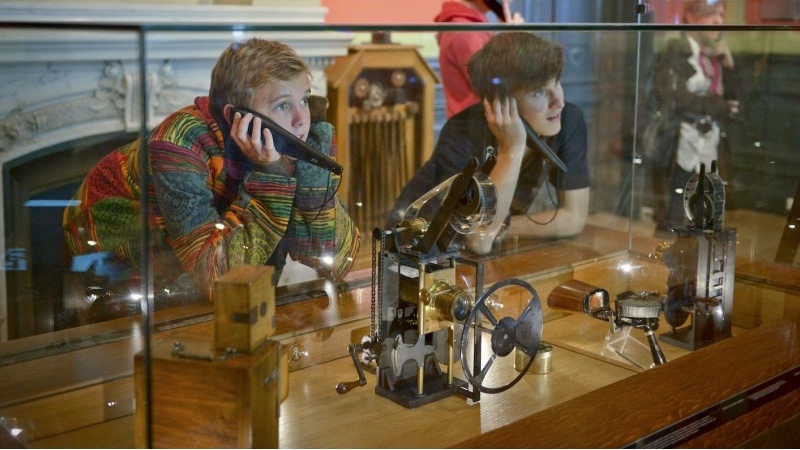 It pops it along the timeline of animated images, from the magic lantern, Edison’s kinetoscope, the Demeny chronophotograph, to the prototype Louis developed for his early film tests on paper in 1894.

We also learn of the brothers’ avid curiosity, their insatiable quest for frame and aesthetic, making them not only engineers but artists in their own right.

Thus we uncover the Photorama (for 360 degree panoramic images), the stereoscopic projector (for 3D imagery, many taken by the wives of the Lumière lot), as well as the Autochrome plates, known nowadays as slides, democratising images that little bit further.

Louis created these plates thanks to the tiniest mosaic of coloured grains of potato starch, giving an impressionist painting feel.

All this and more bear witness to the innovative and exciting times at the turn of the 20th century.

The Film Shed, the first film set in the world

The “Hangar” was the factory where mostly women worked to produce the instantaneous photographic plates the Lumère brothers had whipped up. 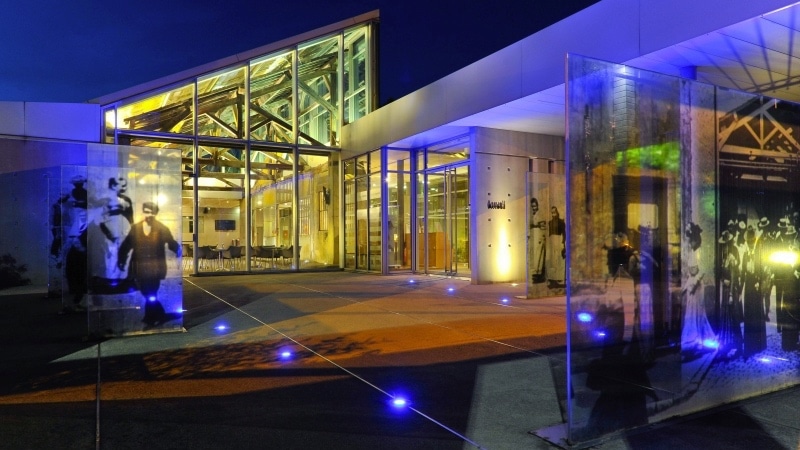 The Factory Shed or Hangar, the very first film set in the world.

These “blue label” plates became world famous, more land was given, and business literally boomed. It was father Antoine who pushed for the social security of their workers, making the Lumière family not simply inventors and artists, but philanthropists too.

One day, Louis Lumière placed his camera opposite the said shed and filmed the workers as they came out. “Sortie d’Usine” thus became the very first film, and the Factory Shed or Hangar, the first film set.

So you can imagine the atmosphere in the Hangar today. Both locals and international folk come to discover or rediscover films from all over, in a multitude of different styles and epochs, from Chaplin to the Nouvelle Vague and beyond, from the very place the motion picture was born. 269 seats guaranteed to take you on a journey. In original version.

If you’re a lover of the moving stories that flicker before your eyes, if you get goose-bumps at the bright lights of film, head to the Institut Lumière. It won’t disappoint.

See the incredible ‘pincer hand’, another of Louis Lumière’s inventions but nothing to do with cinema. It was designed to relieve amputees from WW1.

Visit the garden. It’s between the Villa Lumière and the First Film Shed. 7000 square metres of relentless green.

Lyon’s walk of fame is worth a look. Started in 1982 it already features a modest array of filmmakers’ plaques who presided the glitzy Festival Lumière in the past.

Audio guides: €3, in addition to the entrance fee

This museum is unique in Europe and shows everyday world in tiny, pulls you into the realms of cinema and its special effects.