Duguay and Isachsen are influenced by quantum mechanics, and more specifically the fact that as the vast majority of a human being is composed of emptiness and an infinite amount of particles that are maintained by forces stronger than humans, we are not as solid as we think we are. 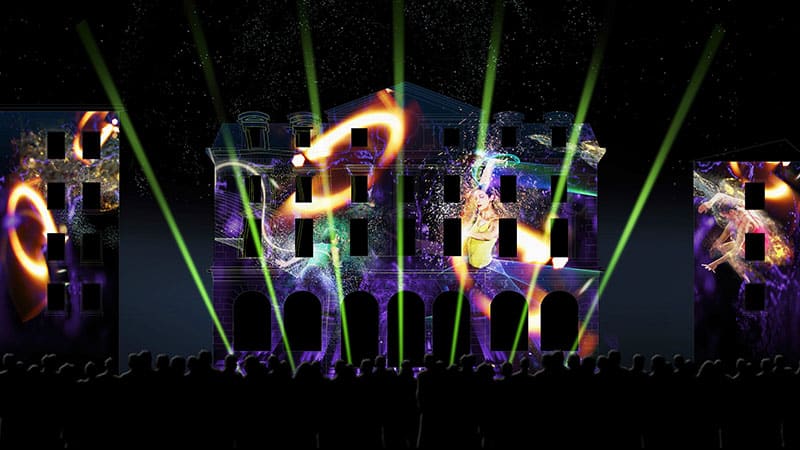 Duguay and Isachsen wish to reflect this quantum work onto the facade of Saint-Paul train station for the Fête des Lumières.

Three dancers will appear on the outside of Saint Paul station, mimicking the movement of atoms.

The facade of St. John’s Cathedral is often the stage of large-scale illumination.