Bellecour square will be illuminated to illustrate a child’s bedroom, featuring the Anooki – two characters inspired by Inuits.

The Anooki made their first appearance during the 2012 Fête des Lumières, when they were situated in Saint-Paul train station. The figures were an instant hit with the public and have become easily recognisable figures since. 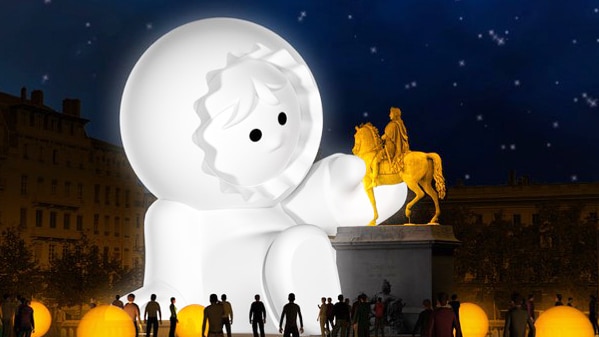 The illuminated wheel is also back!

The harder the audience blows, the more the spheres will light up.

It will be transformed into a Christmas tree at the end of the Fête des Lumières.

The top of the fountain will transform into a lighthouse.

The Fête des Lumières is certainly an international affair!