Influenced by insects living in extreme conditions and complete darkness that can produce their own light, this display will feature four arches lit up to form the back of the insect for the Fete des Lumières. 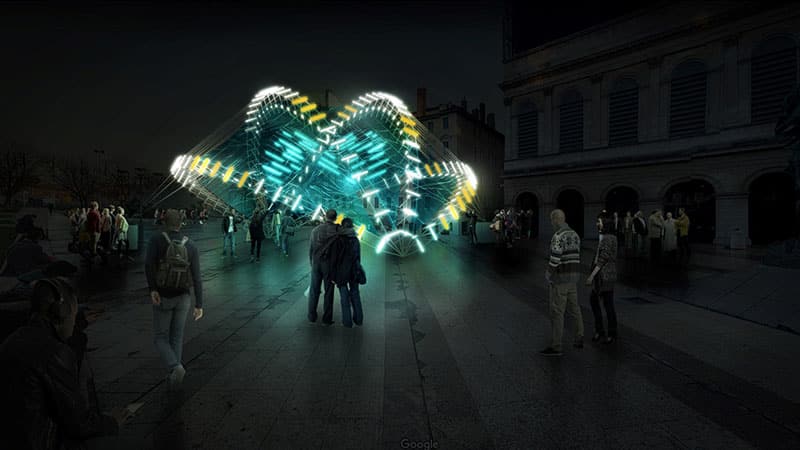 ‘An immersion into contemplation, light, and sound in the mysterious world of marine depths.’

The artist, Nicolas Paolozzi, is an architect, which can be recognised from the architectural excellence of this display.

Speaking of his work, Paolozzi described it as, ‘an immersion into contemplation, light, and sound in the mysterious world of marine depths.’

This display will compliment light with music.

150 mirrors will reflect these twinkling tealights, creating a dazzling display.