10 Insiders Tips on What Lyonnais do in July

Believe it or not, we have already reached the middle of the year. Summer is in full speed. The city is full of tourists while many locals are already on vacation. The best time of the year for locals who are still working to rediscover the city in a new way!
Here’s 10 insider tips on what locals usually do in July in Lyon.

Take a swim at the Outdoor Public Pool

Going to Tony Bertrand Nautical Center is the easiest way to cool off a bit when temperatures are high. 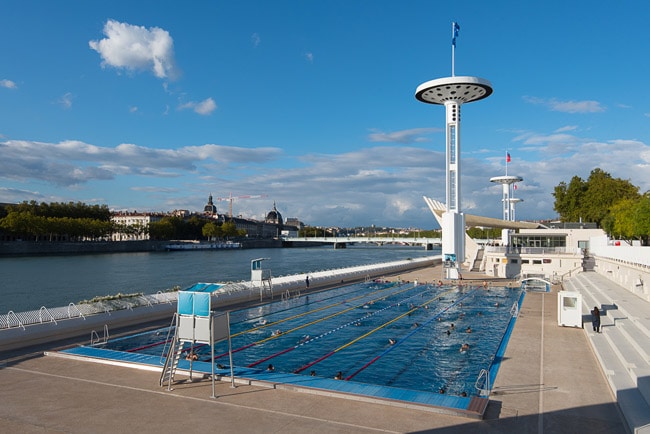 The “piscine du Rhône” in Lyon.

The outdoor pool is perfectly located on the banks of the Rhone near the University district offering a magnificent view of Fourviere Hill. Bellecour is just on the other side of the river. It’s also a great spot for sunbathes.
In the summer, sometimes you have to wait in line to enter.

Find a bathing spot around Lyon

If you think the pool is too chlorinated or if you are looking for a more natural site, hit the road. There is a lot of watering spots around Lyon to escape the urban air. 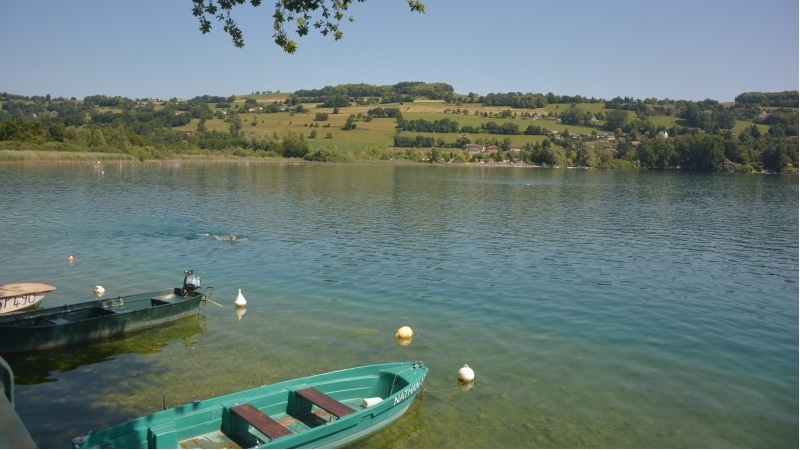 You can go to L’Atol private beach in Miribel Jonage Park (15 km from Lyon) to relax, dive into the waters of the Ain river in Priay (55 km), rent a pedalo in Lake Paladru  (80km), Lake Aiguebelette (100km) or Nantua  (90km) while admiring the hilly landscapes surrounding the lakes.

Have a French Apero in an outstanding venue (with panoramic views)

There are great places in Lyon where locals and tourists can enjoy aperitive drinks in outdoor terraces with stunning views. Start with Les Muses. The bar restaurant, located on the 7th floor of the Opera building, has an incredible view of City Hall and the city centre. 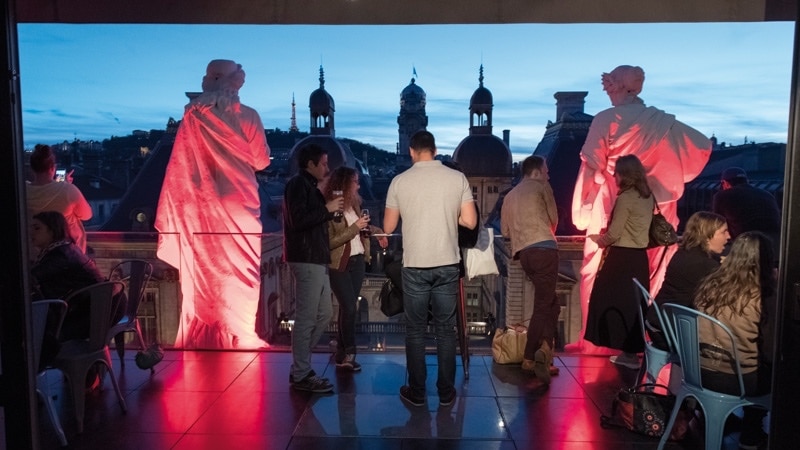 The Phosphore wine Bar on Fourviere Hill with its panoramic view of Lyon is worth trying just like A la Piscine , a new restaurant overlooking the Rhone and the outdoor public pool.

If you are looking for a Brooklyn-like rooftop, you have no choice but going to Le Sucre in Confluence, one of the trendiest places in Lyon. A safe (summer) bet.

As a gourmet city, Lyon has  of course a lot of ice cream manufacturers. Nardone  the most famous of all is located between Saint-Paul train station and the Saone river in the Vieux Lyon.

The shaded terrace is often crowded but it’s worth waiting for. Walking through St Jean street on a hot summer day, it’s hard to resist the temptation to stop by Terre Adélice , which proposes over 100 ice cream flavors, or to taste an Italian gelato from Amorino.

You can also try creative frozen pastries (and burgers!) from La Fabrique Givrée  or trendy frozen yogurts from Yogolicious.

Have lunch (or dinner) in a waterfront restaurant

If you like gazing upon a river or hearing lapping water while eating in a restaurant, you should go to the banks of the Saone just out of Lyon. Les Planches in Albigny (20 minutes from Lyon) or La Paillotte in Rochetaillée (30 minutes) look almost like French Riviera beach clubs or restaurants. 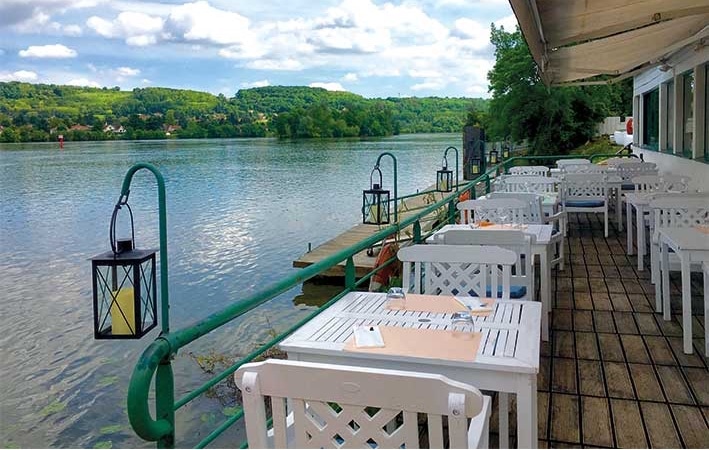 Les Planches restaurant on the Saone river banks in Albigny.

You can even stay in the city. There are many venues with water views whether it’s in Confluence or alongside the barges on the Rhone banks.

Bastille Day (July 14th) is France national Day. Every town celebrates it with popular balls. Lyon makes no exception. Show your talent as dancer (and seducer) on July 14th in the banks of the Saone river where three distinct balls take place from 9pm.

Expect a break around 10.30pm for the traditional fireworks displayed from Fourviere Hill. Some neighborhoods like Croix Rousse and Confluence have their own ball on July 13th while the famous restaurant Brasserie Georges hosts an afternoon ball on July 14th.

Firemen also organize their traditional and reputed balls in their fire station on July 13th and 14th in Corneille (Lyon 3) and Confluence (Lyon 2).

Go to an open-air movie night

Watching a movie in an outdoor setting for free is always a cool thing to do on a summer night. Several events are scheduled in the Lyon area with old and recent English movies.

The Opera of Lyon challenges the widespread conventional thinking that going to the opera is an elitist hobby not accessible to an average person. 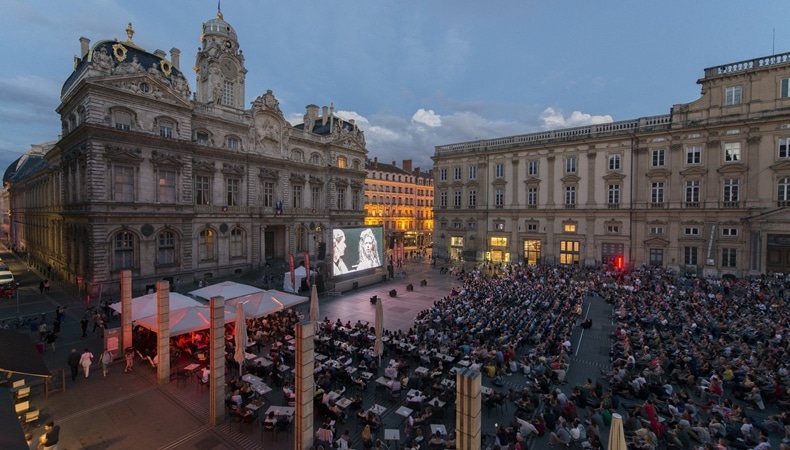 On July 8, locals and tourists can go to Fourviere Theatre to watch Viva La Mamma! for free.

The last representation of the italian opera, written by Gaetano Donizetti in 1827, played in Lyon since June 22, is set to be simultaneously broadcasted on large screens in Lyon and 13 other locations across the Auvergne-Rhone-Alps region starting at 9.30pm.

If you have a romantic personality or if you are simply amazed by the beauty of nature, you can’t afford to miss the “Nights of the Stars” at the end of the month (July 28-30).
Local astronomy groups plan free public events in places where the sky is clear and not polluted. 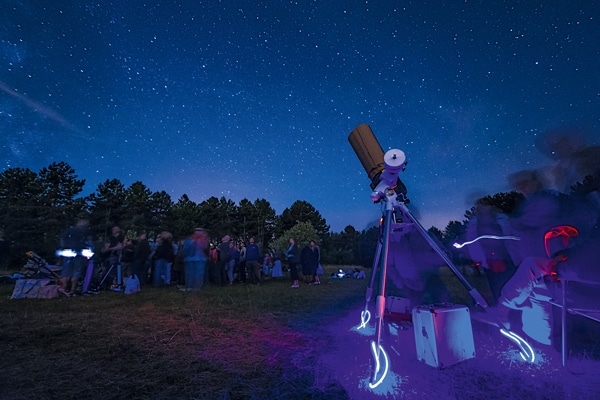 You can join the Astronomic Society of Lyon in Saint-Genis Laval near the observatory on July 28 from 9pm (Fort de Côte Lorette, Rue de la Croix-Rouge). 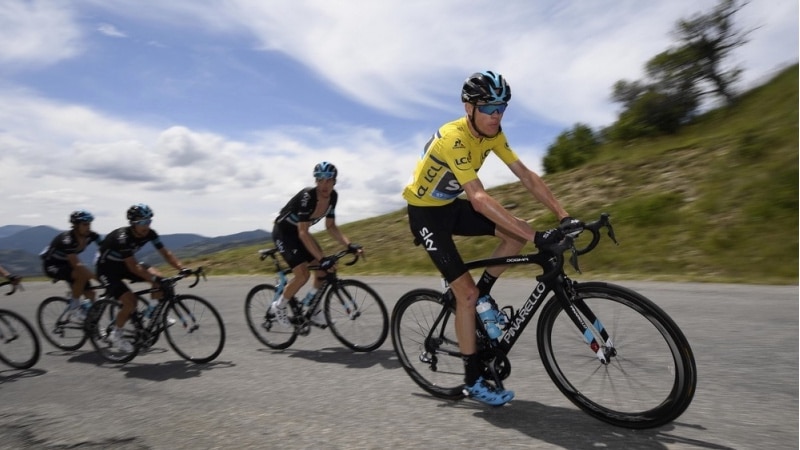 The Tour de France  is certainly the most important cycling race in the world. It’s also a way to get a taste of French popular culture. Cheering on the riders along the roadside is a tradition that goes back to the first Tour de France in 1903.

You can live your own French experience at least two times during the 3-week race as the 2017 route leads cyclists to places not far from Lyon.

You may have the chance to see Britain’s three-time winner Christopher Froome.

More things to do in Lyon 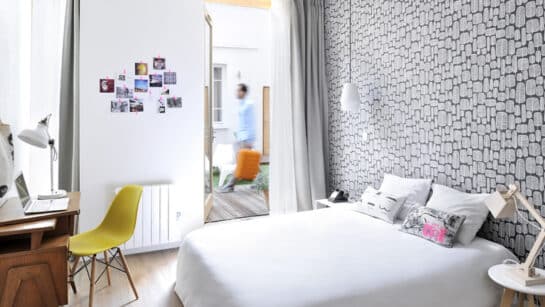 Cool places to stay in Lyon

A new generation of hotels or youth hostels have sprung up in Lyon, inviting travellers to delve into a vintage and designer world. 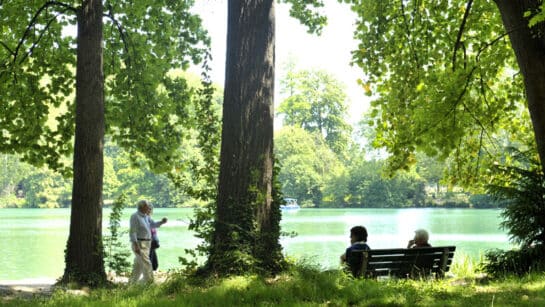 Lyon has some beautiful natural spaces for picnics, sporting activities and discovering the great outdoors. There are plenty of things to do with children and some beautiful spots to take a romantic walk or sit by a lake in the sun. 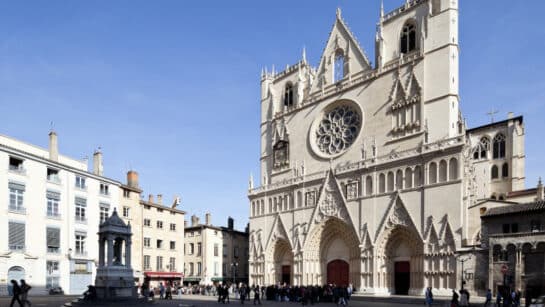 Things to visit in Lyon. Take a map and be ready to discover famous landmarks to see in the city. Lyon’s cultural heritage is a veritable jaw-dropper.