10 (Scary) Things to Do for Halloween in Lyon

Let’s admit it: French are now as good as the Americans at celebrating Halloween (October 31) though the festivities around Celtic New Year comes from Europe. The origin does not matter too much.

For and foremost, Halloween is a good reason for kids to ask for candies, teenagers (and young adults) to go party and for parents to spend money…
Here’s a list of 10 more or less frightening things to do for Halloween.

If you have kids or if plan to attend an Halloween party, you really need to buy or rent a costume. The question is where to find the outfit that will make you (or your progeny) the star of the night. 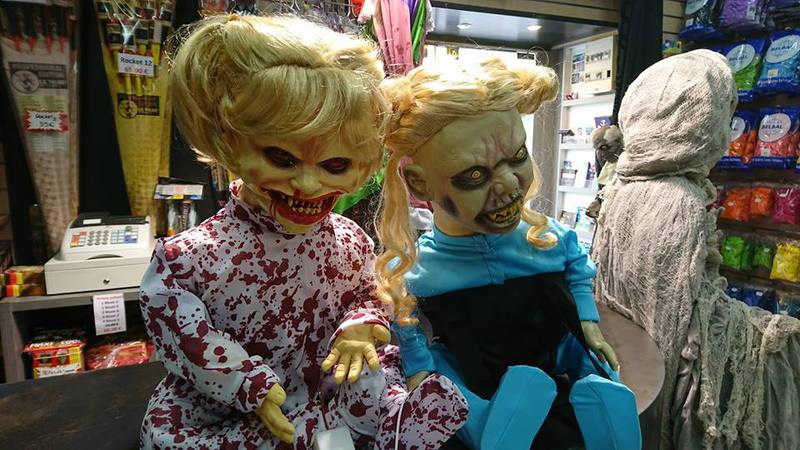 Go to a Halloween Party in a Night Club 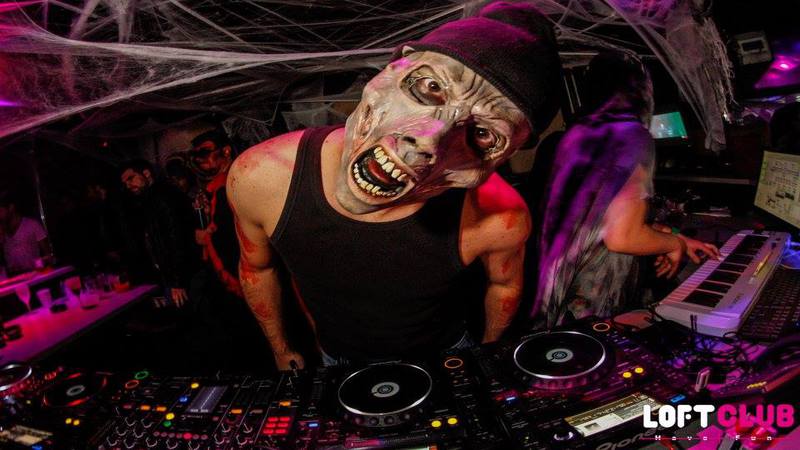 Electro sounds at the Gotham Club or at the Loft  where make-up artists are waiting for you, Latino and salsa at La Plateforme, death and groove metal at Le Blogg café not to mention a crepes and beer pong party on the Ayers Rock Boat (October 26)

Do you remember when you were too young to go to a nightclub on Halloween night?

Watching horror movies with folks and friends was fun too. It’s time to bring back some scary old memories from your teen years.

Lyon’s Comoedia Theater proposes a special programming on October 31st with Carnage (The Burning). The film directed by Tony Maylam was released in 1981.

If you are old enough, you also probably remember the movie “The Exorcist” (1973).  You can watch the director’s cut version on October 20 at the Lumiere Institute. William Friedkin will be in the audience as one of the special guests of this year’s Lyon Lumière Film Festival.

Make sure you have candies at home for Trick-or-Treating!

Though Halloween is much less celebrated in France than in North America, it’s highly recommended to buy some candies so you will not be embarrassed when your young neighbors knock on your doors on October 31…

You are not going to escape the trick-or-treat tradition. There are some great candy stores in Lyon besides supermarkets especially in the old town district. 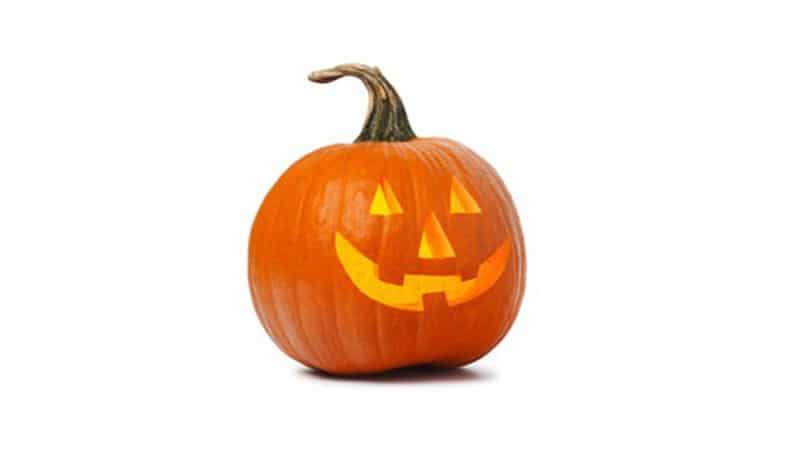 The Pirate’s candies stores  on St Jean street may already be familiar to you though many locals refer to them as tourist traps.

If you are running out of time or want to opt for originality, check out Caramelys website to find amazing Halloween candy cakes shaped like pumpkins, or witches.

If you ask to your child what he would love to do on Halloween, he would probably answer going to a haunted house.

Spending a day in Walibi sounds indeed like a dream becoming true: The amusement park, located just one hour from Lyon, is transformed into a giant Halloween funfair during the october vacation with two haunted houses. 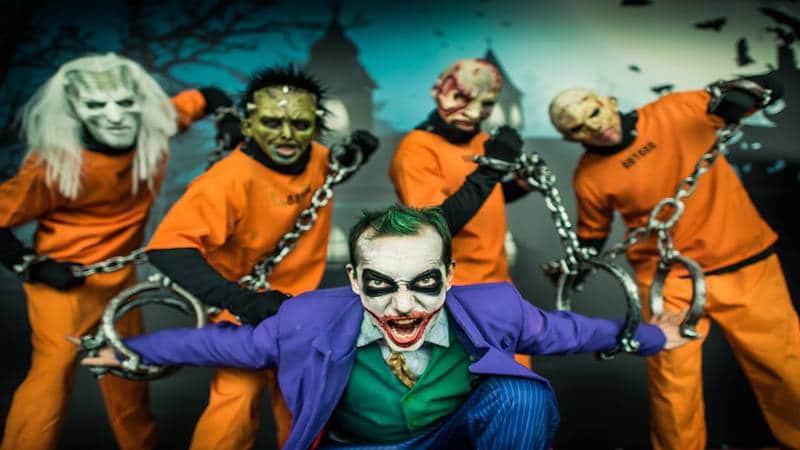 If you are too scared to meet monstrous creatures, make sure you wear an anti- monster patch! Other activities include treasure hunt, make-up and sculpted pumpkins workshops. If you stay late, you see a dance show featuring acrobats followed by fireworks on October 28, 29 and 31 at 7pm. 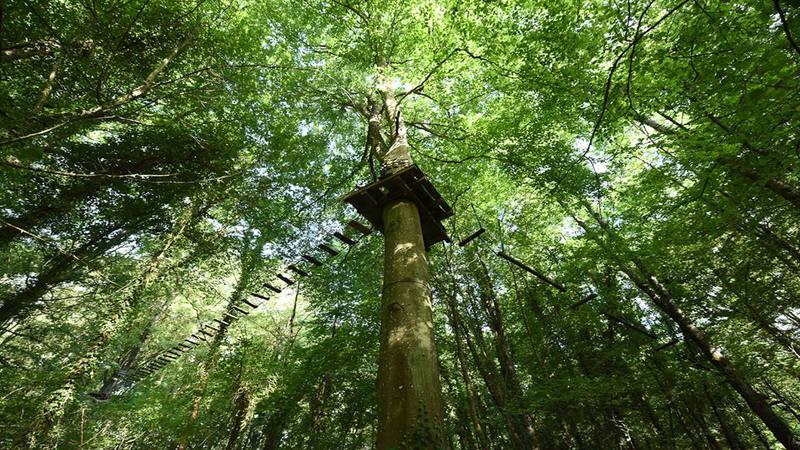 Climbing, walking on a rope to go from tree to another can itself be frightening though most kids love it just like Halloween and like Halloween accrobranching is not just for kids.

France Aventures treetop adventure park located on Fourviere Hill proposes a 50% off ticket for any visitor wearing a costume.

Halloween is and must be about food especially in Lyon, France’s historic gourmet capital.

If you have ever dreamt of cooking with your kid (or grandkid) with the help of a prestigious chef, book a 2-hour cooking workshop at the Atelier des Sens  (6th district) on October 31.

You are going to prepare a Halloween menu including a Pumpkin velouté cream soup with mushrooms and roasted chorizo, a burger with grilled chicken, eggplant and pumpkin and a chocolate cake with an almond paste ghost!

If you are looking for some sources of inspiration to decorate your home with pumpkins or find recipe ideas with seasonal vegetables, let’s go to the squashes festival in Tete d’Or Park (It does really exist). 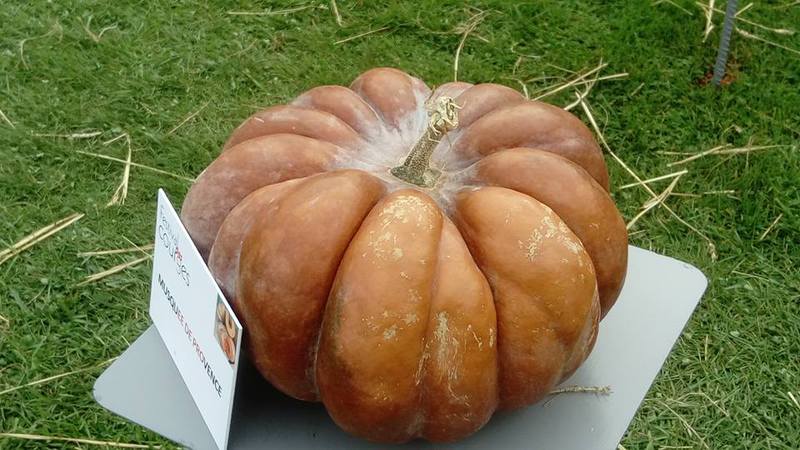 Admire an exhibition of large and sculpted squashes, discover the diversity of cucurbits and recipes with jams, candies, breads and bring them home.
Many activities are proposed for kids such as make-up, squash fishing or crafting of musical instruments.

Go to a Halloween Tattoo Festival

Halloween is the best time of the year for people wearing tattoos or anyone willing to get one (or two).

A tattoo festival is taking place the weekend before Halloween in Givors: an opportunity to meet tattoo professionals in a so-called Horror market, look at a tattoo contest and see exhibits showing works of painters, photographers and illustrators. 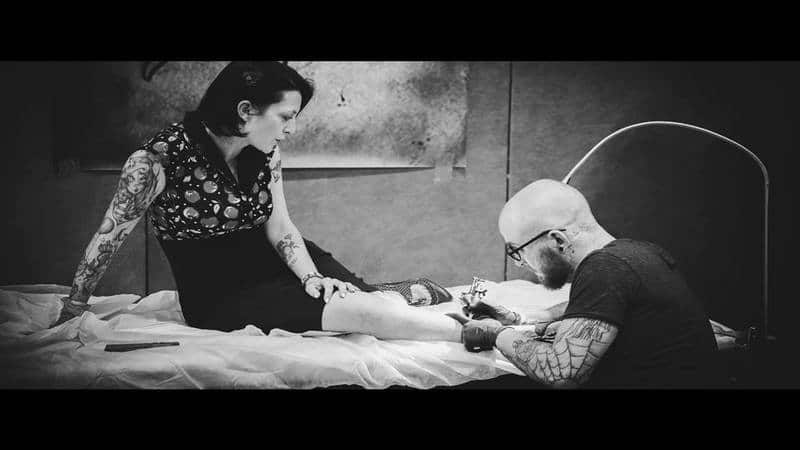 If you are a fan or curious enough, you can see great artists including burlesque or cabaret comedians, sword swallowers, fire-performer and Shibari rope bondage artists…

You don’t have to be scared to death to have fun on Halloween night. What not trying a sexy cabaret and light comedy instead?

Burlesque artists from all over France and Belgium are here for to show extravagance, humor and glam through stripping performances… It’s up to gentlemen to convince their wives to come and see a show a lot less stressful than a horror movie!