“In Lyon, each neighbourhood seems to have its own unique identity”

My name is Jessica and I’m 33 years old. I live in Lyon with my boyfriend, Rémi, our baby girl and our crazy cat. When I have some spare time (which is nearly never) I enjoy dancing, cooking and reading for my bookclub.

Hi Jessica, where are you from and what are you doing nowadays?

I’m from Brighton in the UK and I’ve been living in Lyon for the last 9 years. I’m currently head of an English language department.

I originally came to Lyon after uni to spend a year with my mum and little brother who were already living here and to learn a little French. During this time I met Rémi and well, the rest is history I guess !

I moved here mainly to spend time with my family but I’d visited Lyon once before and found it be a really beautiful city with a great vibe. It also seemed to be a good size, not too big but not too small.

I hadn’t really heard of Lyon before my family moved here, so I don’t think I had any fixed ideas about the city.

The heat ! I moved here during a heatwave and it was horrible. I was definitely not prepared for that.

Like most foreigners, I’ve been through all the usual administration battles and been dismayed at the level of customer service. But in the end, I’m not sure it’s much better back home and it certainly improved my French ! Having a Lyonnais boyfriend has helped me discover the city and I can now call myself a very proud Lyonnaise. I wouldn’t want to live anywhere else.

Since having our daughter I’ve found it much easier to integrate into the local community, but it’s true that most of my Lyonnais friends have been made through my boyfriend. Most of the friends I’ve made for myself here are generally not French, but that’s not through lack of trying. I don’t think it’s because Lyonnais people are unfriendly, as everyone loves claiming, but just that they are quite private and once they make their friends at a young age, they seem to stay in their groups. A lot of socialising is also done at each other’s houses, so this kind of perpetuates the situation. I have been welcomed with open arms by my in-laws, even before we could really communicate, so I can’t really complain.

When we get time as a family, we love to walk around Lyon, in the Croix-Rousse, along the Rhône and Saone and of course in the Parc de la Tête d’Or. I think that Lyon is an incredibly beautiful and romantic city and I often still feel like I’m on holiday. I also love bargain hunting at one of the many vide-greniers (car boot/garage sales) that are throughout Lyon in the warmer months.

“Lyon has so many great restaurants now that you’ll always be able to find something to suit your budget”.

Quenelle and brioche praliné. The wine is great here and I’m a bit partial to the local aperitif Communard (kir with red wine) although it can be difficult to find.

There’s a great café culture in Lyon now and I love trying out the different places on Les Pentes. For lunch I love going to Café Jutard in the Croix-Rousse, especially when it’s oyster season. For something special, La Gargotte on Rue Royale is always great but Lyon has so many great restaurants now that you’ll always be able to find something to suit your budget.

We’d go to the market in the Croix-Rousse, eat something at Café Jutard and then walk down the Montée de la Grande Côte, through Place Sathonay (my favourite square) and then into vieux Lyon to see the sights and grab an ice cream, ending in the pub.

I love the fact that each neighbourhood seems to have its own unique identity. It’s also easy to walk or ride your bike nearly everywhere in Lyon and the transport system is great.

I would make it more lively on a Sunday and over holiday periods. It can be so dead in town sometimes. I’d also make all public places much more baby-friendly. Changing tables and high chairs are almost non-existant, despite French people having so many kids.

Take time to explore the city because it’s such a diverse place. Be patient and don’t expect to have a ready made life straight away.

I think that Lyon has become more and more international over the last few years and I’ve really seen this change through much more diverse restaurants and bars. 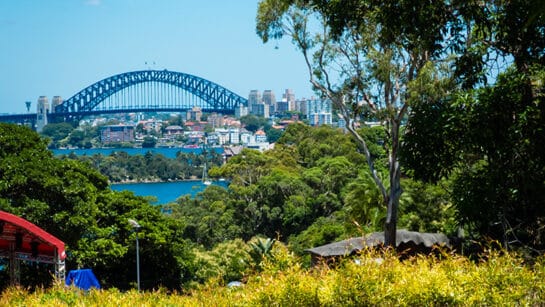 Expat’s guide to integrating in France

Get an inside glance into the real cultural differences that you will experience living in France, and how to survive them!

Alexandre Beretta is a French-Irish international mural painter and street artist living in Lyon. For him, Lyon is a place to chill out and find inspiration while connecting with people from all over the world.