“Lyon is a veritable student paradise”

According to a study conducted by the real estate site Immojeune, Lyon is at the top of the list for welcoming student cities, ahead of Paris and Toulouse.

Paris might be the most popular French city among students with over 650,000 currently living there, but Lyon has proven itself to be the most welcoming.

According to the list published in April 2018 by student housing website Immojeune’s Student Life Observatory, Lyon is the number one most welcoming city, ranking above Paris, Toulouse, Bordeaux, and Marseille. 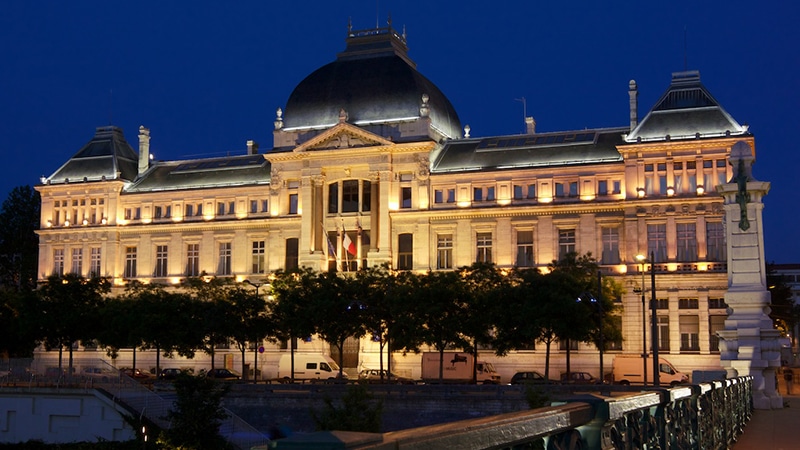 The ranking takes into account the number of students, rent prices, available apartments, infrastructures, educational diversity among universities, and safety.

While real estate prices in Lyon are quickly rising, renting a studio is still far cheaper than in Paris. In the capital, a 20m2 studio costs on average €823 per month, while in Lyon the same space goes for an average of €415 (€345 in Nantes, €502 in Nice). 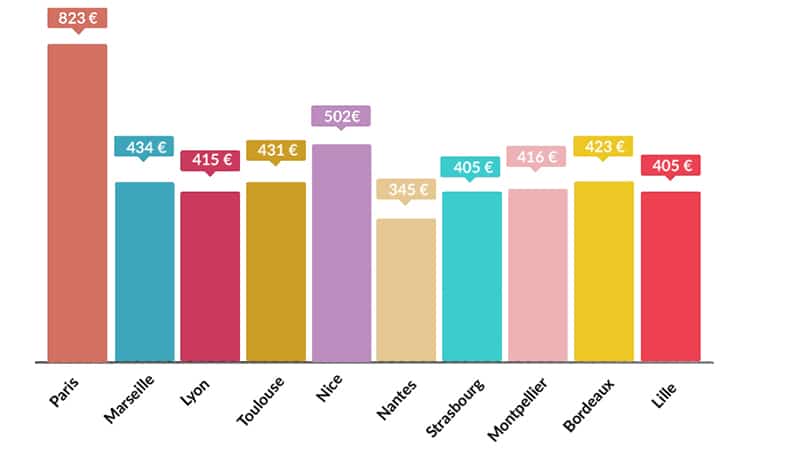 How much cost every month a 20m2 studio in French cities?

Lyon also ranks second for number of schools and campuses partnering with Immojeune (16 in Lyon, 86 in Paris, 8 in Nice…).

It is one of the safest cities, coming in third behind Strasbourg and Bordeaux. The Immojeune ranking takes into account the number of crimes per 1,000 residents.

“Lyon is once again honored this year”

“Prestigious schools, reasonable rents, quality infrastructure dedicated to students, and a sense of security based on strong policies, make Lyon a veritable student paradise,” Immojeune observed in a statement. 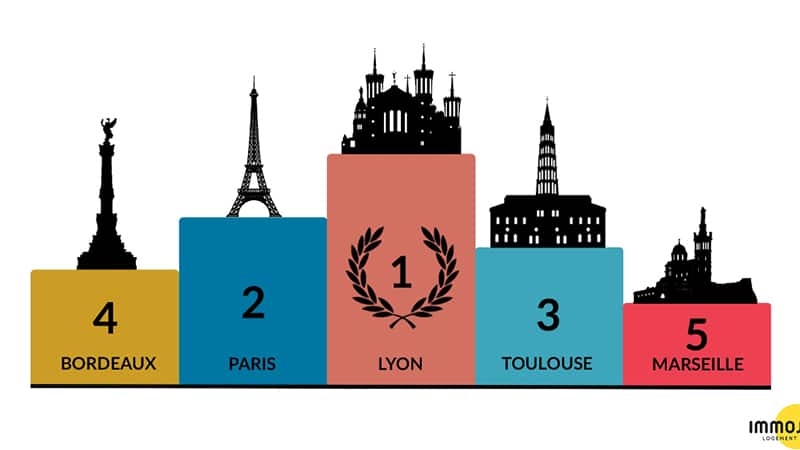 Lyon at the top

“After being recognized as the number one student city in France at the start of the 2017 school year, Lyon is once again honored this year for the quality of its education, its attractiveness, and its energy! Our commitment to expand public student housing continues, with close to 1000 spaces created in 2017 and the ambitious goal to create 6000 additional spaces over the period of 2014-2020,” responded David Kimelfeld, president of the Métropole de Lyon.