Le Tour de France is Coming Back to Lyon

Published: 2019/10/18
After nearly six years, Le Tour de France will come back through Lyon. Tour De France’s directer Christian Prudhomme announced the 2020 route in a press conference Tuesday at the Congrès de Paris. Stages 14-15 (July 11th-12th) see the riders coming again through Lyon. Coming from Clermont-Ferrand that Saturday, the riders will depart Gerland the following Sunday set towards Fourvière and onto Grand Colombier. 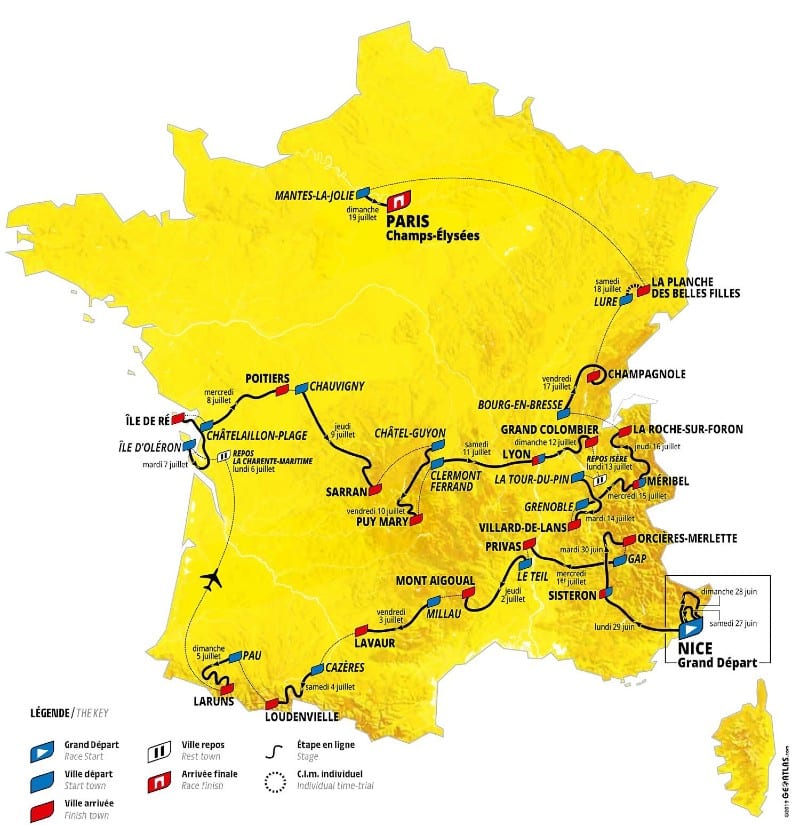 Lyon has a history with Le Tour de France stretching back far into the races history, with Le Grand Depart of 1991 taking place within the city. The last time Le Tour came through the city was the 14th stage of the 2013 Tour. As told by director Prudhomme, the riders will climb the three hills in Lyon from la Croix-Rousse, La Duchère, and Fourvière in the two days spent in Lyon.

Climbing The Three Hills of Lyon

The site of riders mounting the Quais of the Rhône and taking the hill up to our Notre Dame de Fourvière is beyond a pleasant mental image.

In conversation with Lyonnais residence, the excitement and passion in which they speak on Le Tour is sharply intensifies when bringing up that it will run through their city.

Described by British cyclists Chris Froome as “The toughest Tour I’ve ever seen,” The reveal of the 2020 route has certainly provoked discussion around the cycling world.

The Guardian in a piece on Tuesday described it as “an almost totally “southern” Tour.”. French riders, many who cut their teeth on the same southern roads set for 2020 will have the clear advantage.

A True Test of Preparation

Those more comfortable and seasoned to time trail and flat stage oriented riders will have a harder time preparing for the grueling road ahead. Due to the truly eclectic course, some in the foreign press have labeled it a race skewed towards television rather than a truly cyclist friendly route.

Regardless, the course with the internationally reputation as a spectacle of pure human endurance will certainly live up the that stated fact in 2020.