A Festival to Make Lyon an European Queer Capital

Five days of transgender and queer festival in Lyon for Intérieur Queer.

The « Intérieur Queer » festival brings Lyon into transgender and queer territories for the second year in a row thanks to five days of militant, artistic and festive activities.

« Intérieur Queer » comes back to Lyon to introduce transgender and queer cultures to the general public for the second edition of the artistic and norm-bending festival, from June 27th to July 1st.

The festival brands itself as « a reflexive and festive gathering to offer a panorama of the French and European queer cultures in the heart of Lyon » and hopes to make Lyon one of the European queer capitals.

An iconic figure at the helm of « Intérieur Queer »

The « Intérieur Queer » festival was initiated by Chantal La Nuit, an iconic figure of the Lyon nightlife.

Mickael Tramoy, a.k.a. Chantal La Nuit, oversees the artistic direction of the Bunny Slut Club, Kinky France and the infamous Garçon Sauvage parties. He reached the top of the city’s queer community through the foundation of the Middle Gender group in 2006 and the Plus Belle La Nuit queer group in 2010.

50 performers and 16 places located across the Lyon city center highlights the « Intérieur Queer » festival in 2018, along five days of wide-ranging festivities. 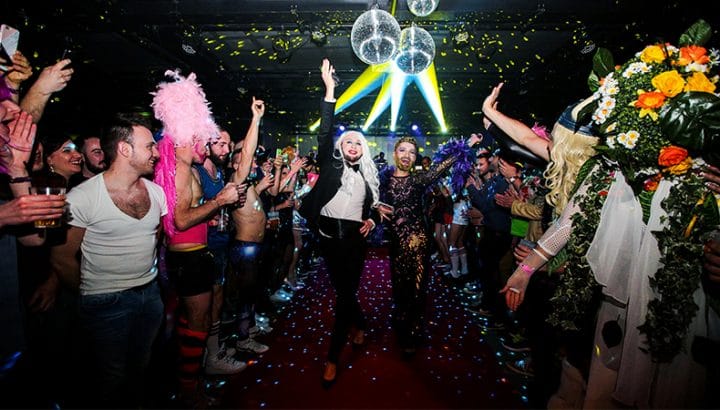 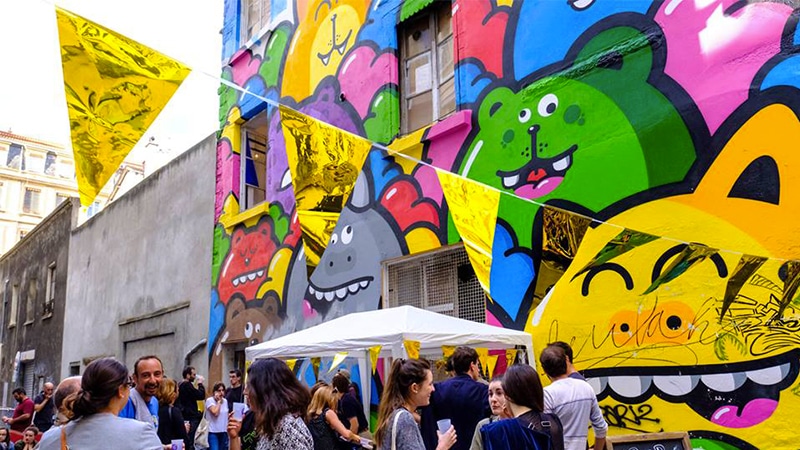 Taverne Gutenberg, in the 7th arrondissement of Lyon, is an artistic residence and a place for exchanging about art cultures – ©Lionel Rault

The fun keeps on going on Friday, June 29th, with a circuit of 8 free stages in the streets of the Lyon city center, which allies aperitifs and unusual gatherings in gay and lesbian bars as well as cultural centers.

The same night, Madame Arthur leads a Belle Epoque-inspired cabaret show with other eccentric cross-dressing characters, inside the surprising Lavoir Public on the Croix-Rousse slopes.

The main day starts with the « Café Queer » at the Piscine Restaurant in the Tony Bertrand nautical center along the Rhône, for serious exchanges about gender and sexual identity problematics.

It is followed in the nearby Taverne Gutenberg by « L’Eau à la Bouche » event, which looks to introduce to female pleasure. 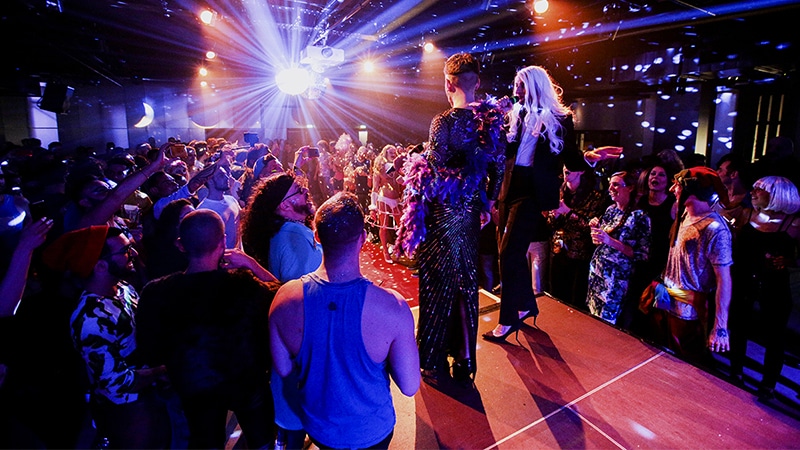 Two drag queens on the stage for one of the Garçon Sauvage Club party in Le Sucre – ©Aldo Paredes, Le Sucre

And then, the infamous « Garçon Sauvage Club » party comes alive in Le Transbordeur for a night of festive madness, in which transgender and queer cultures are represented by iconic and artistic performances. Live D.J. sets and music accompany the cream of the Lyon alternate nightlife.

The festival closing happens on the beautiful rooftop of Le Sucre on Sunday, July 1st, to enjoy the sunset with a feminine D.J. line-up.

Every information related to the festival activities are to be found on the Intérieur Queer website.