Gérard Collomb is mayor of Lyon once again

Following his resignation as Emmanuel Macron’s Interior Minister, Gérard Collomb has taken his seat as mayor of Lyon, a post he had occupied since 2001. His return has triggered the start of the 2020 local election campaigning.

Lyon’s town council elected its new mayor on Monday 5th November. Gérard Collomb, who had left his post as mayor of Lyon in May 2017 to become Emmanuel Macron’s Interior Minister, has been reelected mayor of Lyon with a majority of 41 votes on 73.

Collomb will replace Georges Kénénékian, who succeeded him in 2017. Kénénékian resigned in October 2018, sparked by the announcement that Collomb was set to return to Lyon. 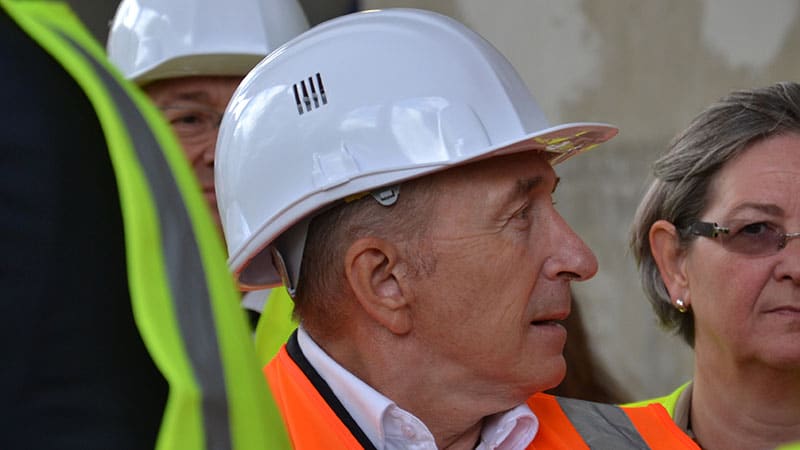 Gérard Coulomb was re-elected mayor of Lyon on the 5th of November.

In an interview given to the magazine l’Express in September 2018, the Interior Minister declared that he would run as a candidate in the 2020 local elections, seeking a 4th term as mayor of Lyon, and that he would leave his ministerial post in 2019, after the European elections. His announcement causes a huge media and political storm.

Emmanuel Macron finally accepted Collomb’s resignation at the start of October, bringing forward the former mayor’s return to the city.

Gérard Collomb, 71, was elected Socialist mayor of Lyon in 2001 and was also head of the Lyon Metropole, which holds the metropole’s main economic powers.

The right-wing has already chosen its mayoral candidate for Lyon.

When he left for Paris, Gérard Collomb left the role of President of the Metropole to his vice-president and mayor of the 4th district, David Kimelfeld. Kimelfeld should remain President until the 2020 elections.

Collomb’s return to his post as mayor of Lyon has sparked campaigning for the 2020 local elections. Collomb will be a candidate, but without the label of Macron’s party, La République en Marche (LREM). He has already formed an association to prepare his campaign.

The right-wing and the Republican party have already named the candidate they will pit against Collomb. It will be Etienne Blanc, a 64 year old lawyer, who is vice-president of Laurent Wauquiez in the Rhone-Alpes-Auvergne region.

Pascale Blache, right-winger and mayor of the 6th district, also announced in October that he would like to run for mayor of Lyon. As for the left-wing, former allies of Gérard Collomb have also announced their intentions to put forward candidates in 2020.