Discover all the gay places in Lyon to party... or have fun

Find out about the worthy bars, nightclubs, saunas and sex-clubs of the Lyon gay scene.

The Lyon gay scene is arguably the most animated and entertaining in France (behind Paris) with a bunch of gay bars, nightclubs, saunas and sex-clubs near the city center of the Presqu’île, on top of major gay parties as well as a strong culture.

The city of Lyon has quietly grew into one of the gay scene hotbeds in France through many recreational activities on the sidewalks or being closed doors. The Presque’île and the Croix-Rousse slopes are filled with gay bars, nightclubs and sex-clubs that are becoming increasingly popular.

Let’s take a sneak peek at the way the Lyon gay scene is able to fulfill your city experience.

Starting the evening with a drink (or two) in gay bars

The nightlife in Lyon provides gathering places for everyone and the gay scene is not left aside. Gay bars are clustered around the Cordeliers neighborhood in the 2nd arrondissement.

Along the Saône riversides, close to the famous Saint-Antoine food market, La Chapelle Café settles in as one of the main gay bars in Lyon thanks to its sizable outside seating on the terrace and its large food menu.

L’Etoile Opéra offers a similar experience near the Hôtel de Ville, where convivial atmosphere meets an extensive menu of food and drinks. 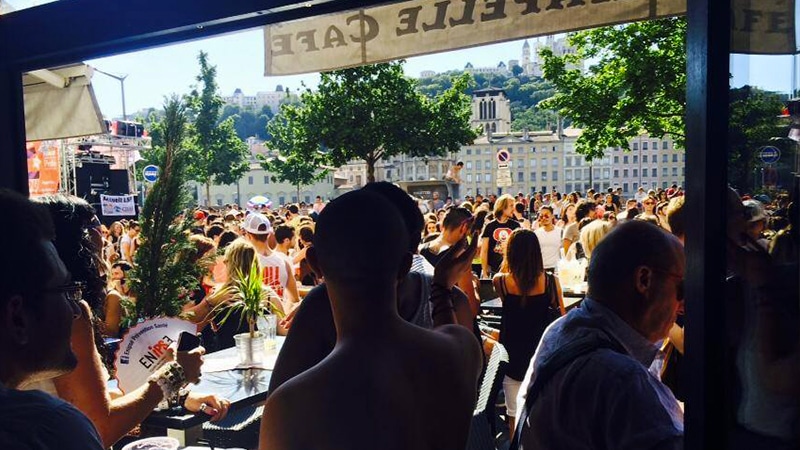 The terrace of La Chapelle Café is very enjoyable near the Saône riversides on sunny days.

Not far from either places, La Ruche and the XS bar are literally opened on Rue Claudia and act as gathering places for the gay daddies of the Lyon community. Fun fact: the XS bar earned its name thanks to its tiny inside space, offset by the high tables on the curb.

Last but definitely not least, the L Bar is the only lesbian bar in Lyon and enjoys a good reputation across the LGBTQ community. The great atmosphere has turned the bar into arguably the main gathering point for lesbians.

Nightclubs and parties to enjoy the gay scene

After drinks and conversations in the nearby bars, gay nightclubs open their doors for some of the most cheerful parties in Lyon.

The United Café, or simply « UC » for locals, is opened every day of the week for free. The oldest gay and lesbian nightclub in activity holds the largest crowds of the LGBTQ community each weekend, with electro dance music resonating in the stone ceiling until dawn.

For deep house and techno lovers, L’Impérial might be more suited to your tastes. It brings approximately the same atmosphere as the United Café with younger audience, against a 10€ entrance fee. 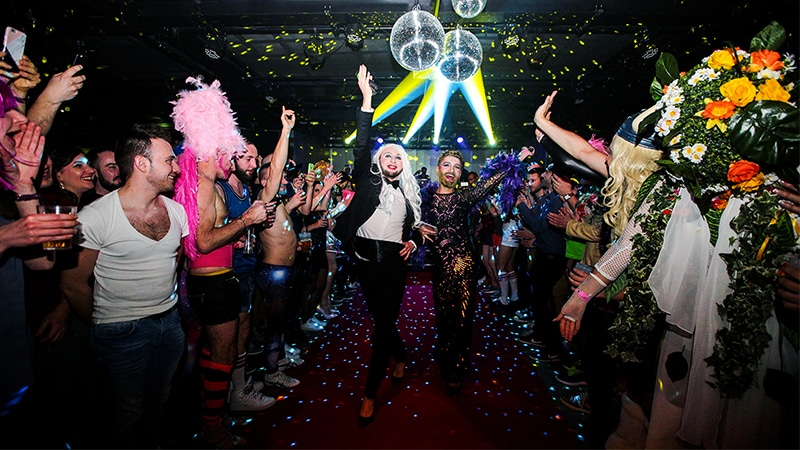 The Garçon Sauvage parties in Le Sucre host the transgender and queer community once a month in Lyon – ©Aldo Paredes, Le Sucre

La Garçonnière has been the largest monthly gay and lesbian party in Lyon for 10 years, but, unfortunately, an era comes to an end on June 15th for the last-ever party in La Cour des Grands, near Perrache.

The void left by the disappearance of the historic partying event is likely to be replaced in the local’s heart by the Garçon Sauvage party.

Monthly resident party of Le Sucre since 2016 (with entry tickets around 15-20€), it has climbed the ladder of the gay scene in Lyon and has quickly grew into an iconic moment. Electro music lovers and night freaks hold their Bible studies near Confluence for parties influenced by every corner of the queer and transgender community.

Gay sex-clubs to get some… fun

On weekends or week days, the gay community in Lyon often gathers in saunas, hot spots to relax and « have fun ».

Libertine minds meet in the Sun, a Bollywood-inspired maze of 2800 square-meters in a backstreet near Place des Terreaux. The enchanting heat of the largest sauna in Europe is the perfect place for bodies eager to know about each other. Connect with people, straight or gay, at the gym in the basement or in the majestic jacuzzi near the sauna’s bar. 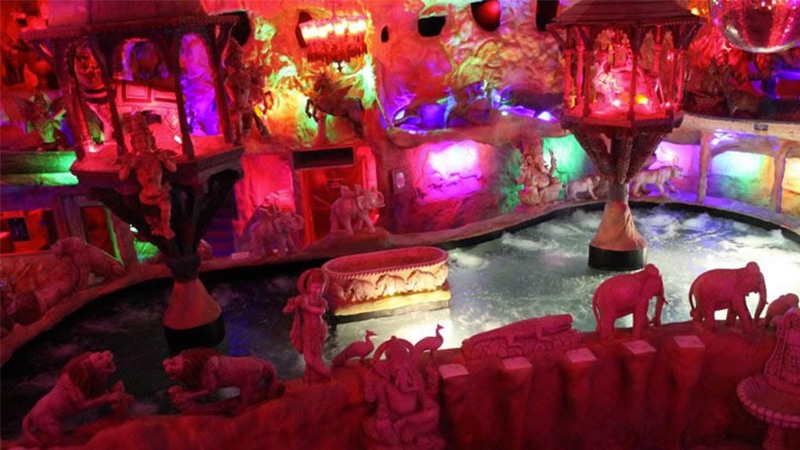 Between the jacuzzi and other features the freaky minds can picture, let your thoughts run freely in the Double Side, gay sauna near Hôtel de Ville. The many cabins offer quiet places to answer your sexual implulses.

And then, stands Le Trou (« the hole » in French). This cruising club is one of the staples in the gay scene of Lyon in which you will find something for all tastes and activities. Naked bodies are included.

To know more about the nightlife in Lyon : 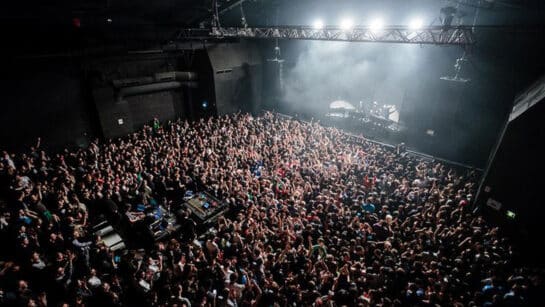 The Transbordeur: music and pop culture since 1989 The Transbordeur, nicknamed “Transbo” is one of Lyons premier live music venues featuring the best contemporary international artists from the worlds of rock, hip hop, electronica and more.     Venue History The Transbordeur is housed in an old factory which was originally built as a water […]