Lucy Vanel, owner of the Plum Lyon Teaching Kitchen, walks you through the preparation of a simple but supremely satisfying Lyonnais delicacy, le saucisson en brioche. A traditional recipe from Lyon

A big sausage is wrapped in brioche to bake to a perfect browned confection.  Juices and aroma from a saucisson à cuire that has been simmered and broiled, then rolled in the dough penetrate the weft of the brioche as it puffs around the sausage.

This creates a fluffy, meat-flavored bread that remains light in texture but with a beautiful balance in flavors, with an orb of steaming and salty sausage in the center as a bonus.

We eat it by the slice.  There is a perfection in this simple pleasure, a specialty in Lyon.

For centuries, Lyon’s sausage-making tradition has enjoyed a reputation as being among the best in France.

Today, artisan charcutiers continue to sell excellent sausages that we enjoy both preserved and dried, in addition to the large sausages sold direct to the consumer for cooking at home.

What is a “saucisson lyonnais ?

A saucisson is a big thick monster of a sausage, with an average weight of 800 grams, enough, when enveloped in brioche, to feed quite a number of people.

This preparation is a good choice when you want to present self-contained delicacies to hoards, even more delicious when served fresh baked and still warm from the oven.

Particularities of the Brioche dough for Saucisson en brioche

The dough for this preparation is a brioche ordinaire, less sweet and egg-rich than the breakfast brioche we find direct at the boulangerie formed into boules or braids.

The dough should be worked together the evening before you plan to envelope your sausage, and refrigerated overnight to give the butter a chance to firm up, and the relatively small amount of yeast a chance to slowly develop in amplitude and flavor.

For the Saucisson en Brioche: 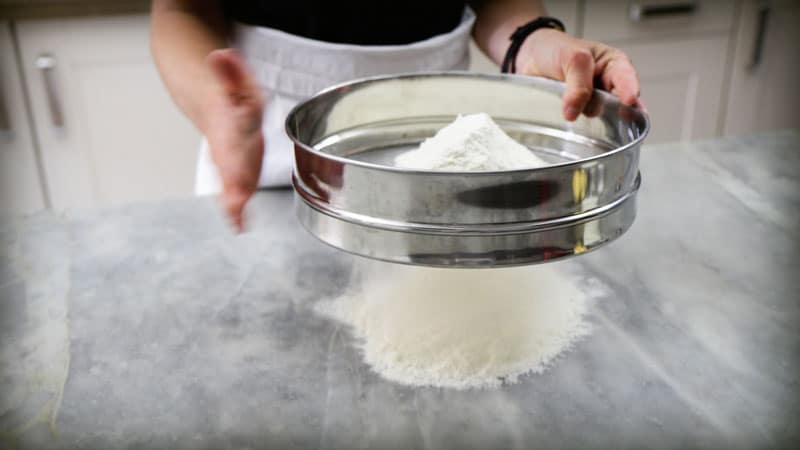 Other recipe from Lyon

Between pâté and a meatball, la caillette, a delicious recipe from Lyon.

How to Cook A Clog :  Le Sabodet Lyonnais, sausage from Lyon