Lucy Vanel, owner of the Plum Lyon Teaching Kitchen, walks you through the preparation of cardons à la moëlle, or cardoons with beef marrow, popular in Lyon during the winter holidays.

In Lyon, one sign that that the winter holidays are on their way is the appearance of cardons, otherwise known as cardoons in English.

Cynara cardunculus, a member of the artichoke family, has the delicious flavor of artichoke hearts with a very high meat to labor ratio. 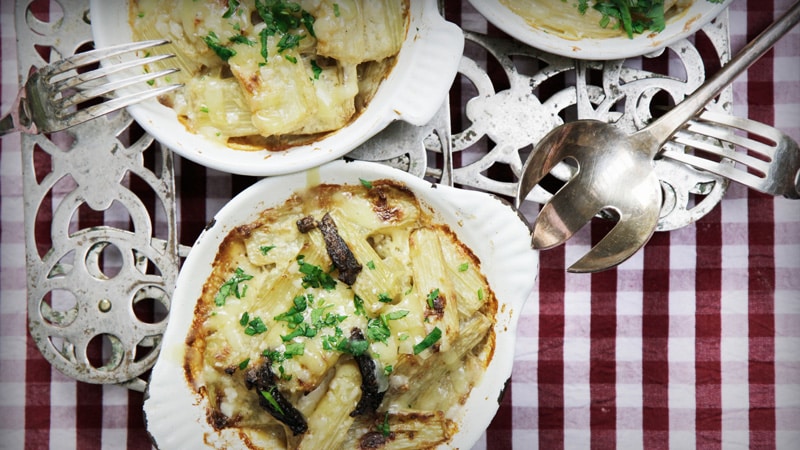 That is, once you’ve decided to prepare them, you’ll be pleasantly surprised by the generous rendering of delicious mouthfuls of juicy artichoke flavored stems that make this popular dish.

A cousin of the Artichoke

This cultivated vegetable is often spotted poking from the ground during late autumn in local potagers, wrapped in thick paper or plastic to deprive the thick stems of light in the last weeks before harvest.

This is done to keep them sweet and tender, to keep bitter leaves from forming along the stems, and to protect them from the cold as we near the holidays.

Since an older generation of Lyonnais only had these magnificent specimens at Christmas growing up, they profit from a nostalgic popularity. 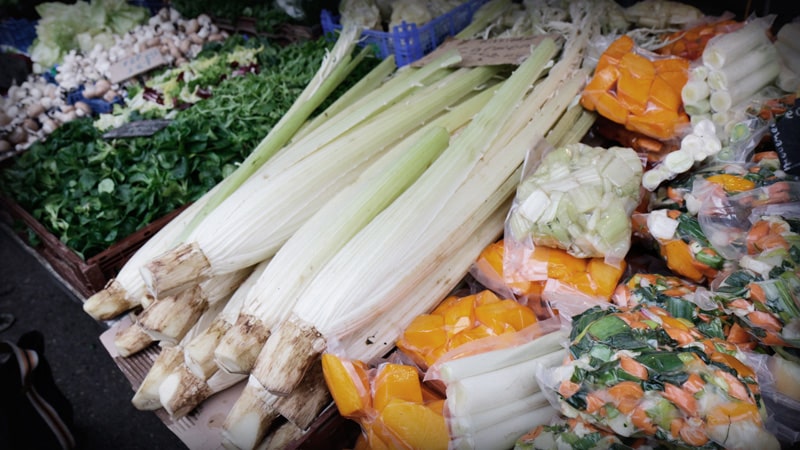 At the market, questioning women of a certain age on how they cook them reveals that many of them left that task to their grandmothers and the secrets went with them to the grave.

The kitchen notebooks of various cuisiniers and gourmands shave varying renditions that overlap and intertwine along our journey, and in the end I have found that the simplest ways often yield the best results.

Cardons look like monster celery but the taste is very different.

Cardons are grown for their thick meaty stems, and look like monster celery at first glance.  Indeed one bunch will often measure close to a meter in length when sold whole.

People who don’t know and love them might shy away, citing difficulty in preparation, but in fact preparing cardons in the traditional way could not be easier.

You can often find cardons ready to cook, having been stripped of their strings and chopped, from producers along the Croix Rousse market as well.  Give them a try this year.  They might just make your winter vegetable dish rotation a little bit more interesting this year. 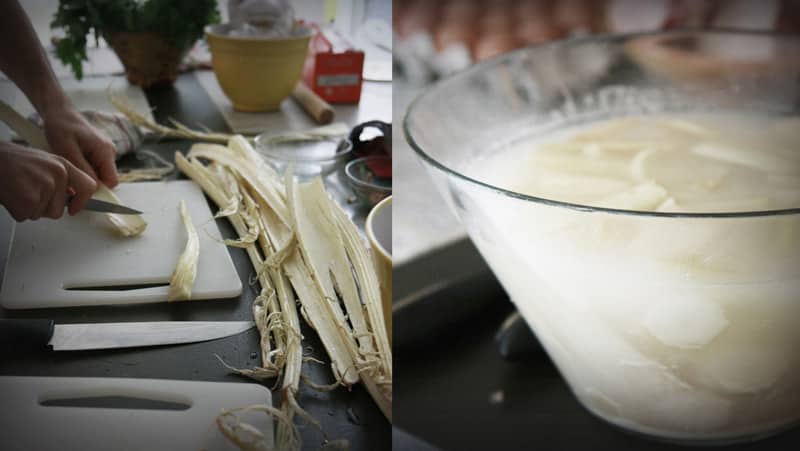