Three young tattoed chefs, all having worked for Christian Têtedoie (1 Michelin star) have kneaded their savoir-faire to create La Bijouterie, a little canteen, both chic and modern, offering an inventive and varied cuisine. 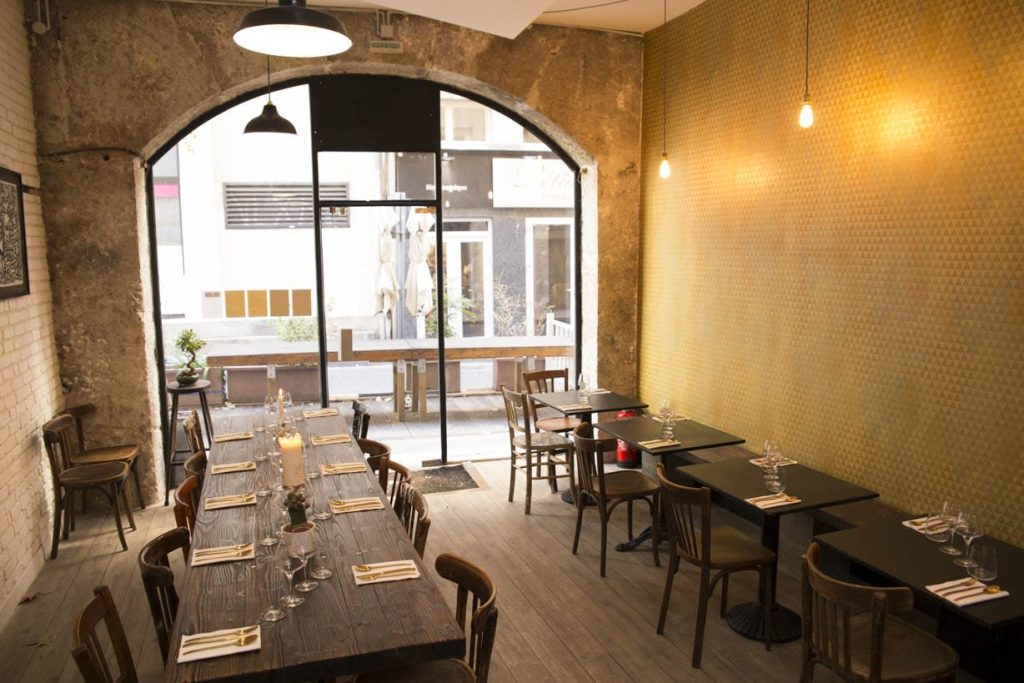 For lunch, Arnaud, Ryan and Noé put on a menu at 15 euros, composed of steamed-meat delicacies (beef bao buns, cooked “like grandma”, Bouchot moules in ravioli) served with vegetables and rice. Come supper, they pull out all the stops with a menu made up of 7 creative and tasty dishes (42 euros). A terribly popular restaurant in Lyon.

This well-reputed and well-loved restaurant, located near the City Hall (hôtel de ville), devises a Franco-Japanese style cuisine inside a bistrot backdrop. Chef Akira Nishigaki has mastered the art of cooking time and the price stays well-behaved in spite of their success (menu from 18 to 35 euros).

Open since 1836, almost touching Perrache train station, Brasserie Georges is one of the oldest and biggest restaurants in Lyon (seats 700). In this establishment, frequented by Hemmingway, it is not uncommon for cooks to serve more than 3000 meals in one day during the Festival of Lights. It brews its own beer too, and is a sauerkraut specialist. In fact, Brasserie Georges made it into the Guinness Book of Records for the biggest sauerkraut in the world at 1.5 tonnes!

We don’t just eat pig in Lyon. Chicken is also a local speciality. With the help of former boss Daniel Boulud and having been given his Michelin star in New York, the Lyon chef Gregory Stawowy has opened Le Supreme, a restaurant paying homage to the Bresse chicken in all its culinary forms – crunchy kidney-flavoured chicken wings, the poor man’s frog’s legs (parsley-covered wishbones), slow-cooked chicken supremes, made tender in a stew. Special house menu at 42 euros.