Gourmet treasures of the Northern Rhone Valley have been a source of inspiration for Michelin-starred chefs. Six of them have their restaurant around Valence, one hour from Lyon, including three-Michelin-starred chef Anne-Sophie Pic. The only French woman chef among the three-star club has just opened a new restaurant in London (La Dame de Pic) within the Four Seasons Hotel, Ten Trinity Square in The City. In her Valence restaurant, menus range from 110 to 330 euros… One-star restaurants are a little more affordable and none the less delicious, creative, colored and well-balanced. 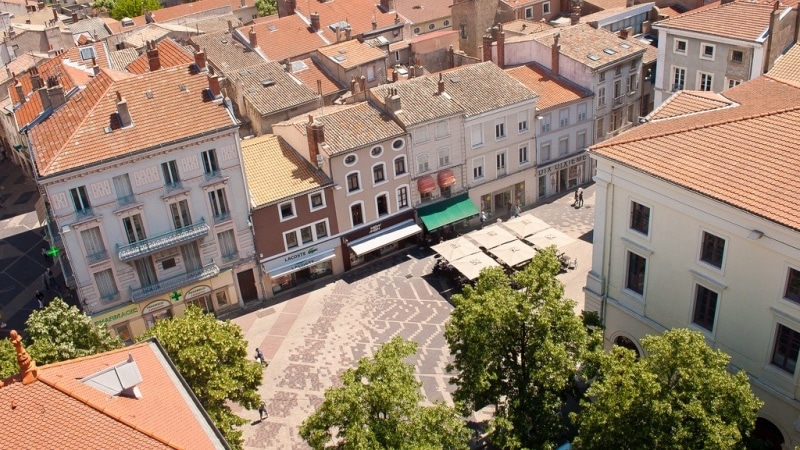 The city of Valence in Drôme

Flaveurs restaurant is in a paved shopping street of Valence old town near Place Saint-Jean where there is a market hall and a church with a bell-tower-porch built in a neo-Romanesque style.

The atmosphere within the restaurant is chic and warm with exposed beams and light walls. Baptiste Poinot challenges himself with hidden and imposed menus to avoid routine. 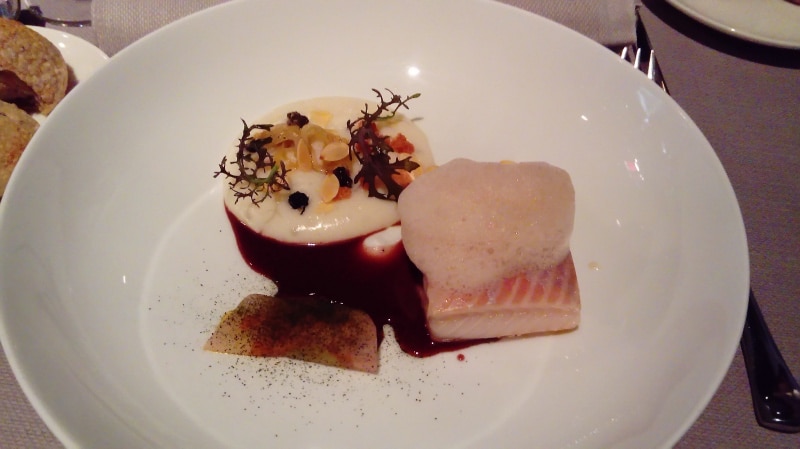 Customers do not usually complain about this bold risk-taking approach. They are struck by both the delicacy and the beauty of every dish proposed by the 37-year-old chef. Avocado smooth cream with young zucchini and crispy salted tart with Indian spices. Langoustine with black rice risotto, full-bodied sauce and oyster plant. Veal fillet with cheek confit, reduced cooking juice and seasoned vegetables. Manjari chocolate cremeux with mandarin light mousse.

Enjoy a gourmet tour in the northern Rhone Valley 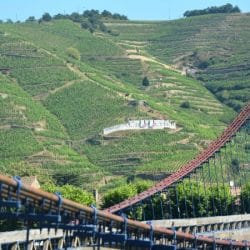 La Cachette, hidden on the banks of the Rhône

A subtle association of flavors exalted by Japanese chef Isichi Masachi at La Cachette. A hidden place near the banks of the Rhone river just few blocks from the city centre. 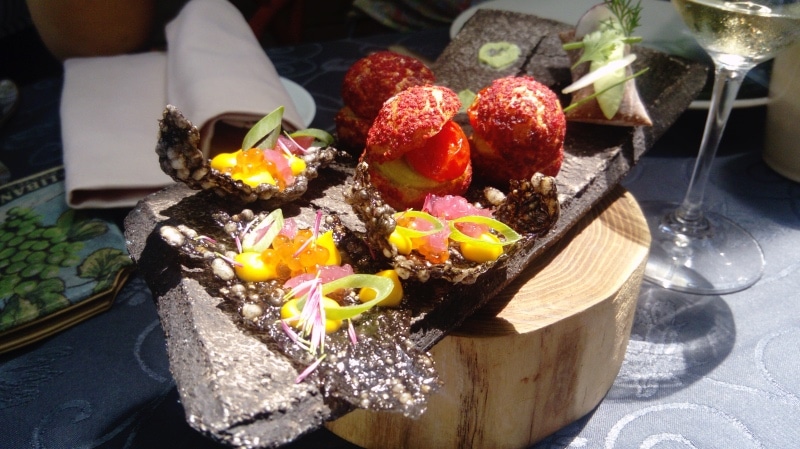 The one-Michelin-star restaurant has a quiet terrace with ochre shades. A pleasant setting to enjoy a colorful creative cuisine made of molecular and traditional dishes with an asian touch.

Our gourmet tour ends in Charmes-sur-Rhône, 10 km south of Valence. The village is worth a stop. The town hall was partly built with the stones of a former medieval castle.

On top of the double revolution staircase, you see the sarcophagus of Alethius, a gallo-roman monument from the 5th or 6th century. Alethius was a notable from Lyon. 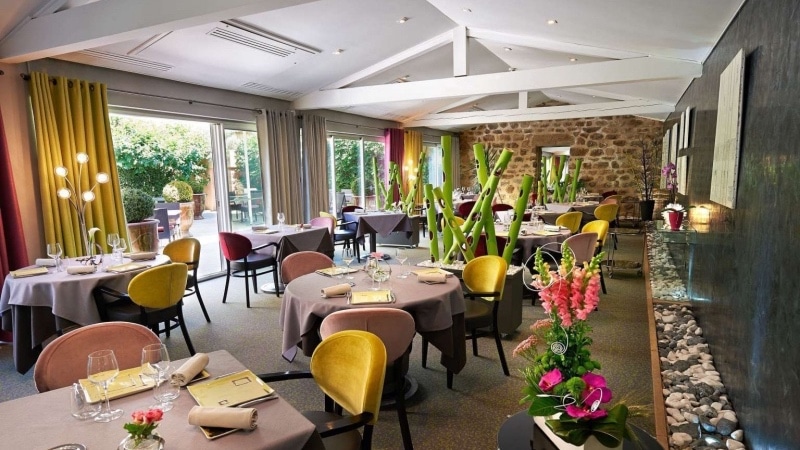 The funerary monument was found in the 17th century in Monplaisir neighborhood in Lyon 8th district. Aléthius is also the name of a local hotel restaurant (Le Carré d’Aléthius). The one-star chef has a pretty good resume.

Olivier Samin worked seven years with Anne-Sophie Pic in Valence, became her assistant-chef. He was part of the brigade when she won a third Michelin star. His restaurant, opened since 2010, has an irresistible outdoor terrace in a green patio.

The exotic journey continues inside the venue with stylized bamboos as decor setting the tone for dinner. Salmon confit, tartar of brown shrimp with Kalamansi (asian lemon) vinegar, fresh herbs and cocktail sauce.

Other Michelin-starred restaurants near Valence

As you leave Valence, stop by the old Nivon bakery, founded in 1856, just few steps from the train station, to taste local specialties including a Suisse. It’s a shortbread (little) man cookie flavoured with candied oranges.

The biscuit is a tribute to Pope Pie VI who died in Valence in 1799 after having been jailed by Napoleon.