Celebrate Beaujolais Nouveau Day on the third Thursday of November

Beaujolais Nouveau day is celebrated on the third Thursday of November with festivities in Lyon. Here’s what you need to know about Beaujolais, the unique wine made just north of Lyon.

Nouveau means new, and refers to the first wines available from the recent harvest. They are ready to drink and come on sale at midnight on the third Wednesday of November, and thus the third Thursday is Beaujolais Day.

Beaujolais Nouveau is made of hand-picked Gamay

Nouveau has to be made quickly, and winemakers use a technique called carbonic maceration that can take under 6 weeks. 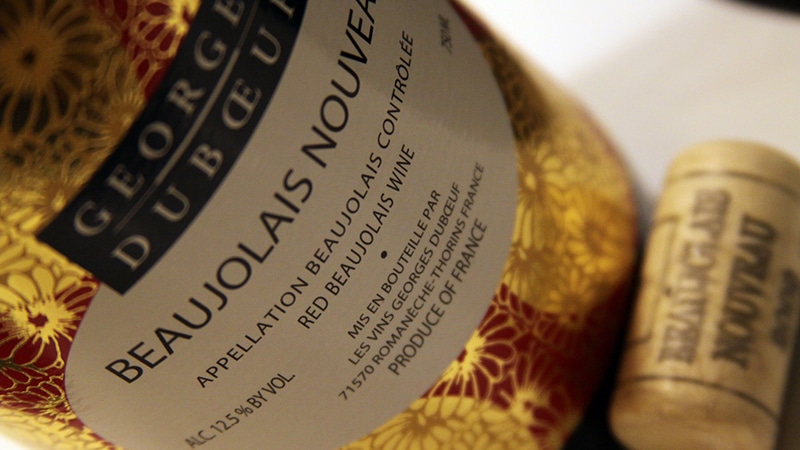 Beaujolais Nouveau is released on the third Thursday of November since the 1950’s. © Lindsey Turner

The whole, hand-picked clusters are dumped into tanks and the weight of the grapes on top crushes the bottom, releasing juice and starting a natural fermentation, blanketing the whole thing in CO2.

The intact grapes above undergo intracellular fermentation within their skins, it’s then all pressed and the juices mixed. This is weird, and is a technique that defines this wine, as much as Beaujolais Nouveau defines this technique.

The Ups and Downs of the Beaujolais Nouveau Market

At it’s peak in the 1980s, Beaujolais craze had taken over the world, and people from London to Japan celebrated Beaujolais Day with wine that had been shipped across the globe and held in bond until midnight.

By the late 1990s people were sick of it, as by that point it had gotten too big for its boots and was producing huge quantities of mediocre wine. In 2001 winemakers were forced to dump over 1 million cases since there was so much of it (a lot of it pretty bad) and no market. Never fear, it’s made an amazing comeback! 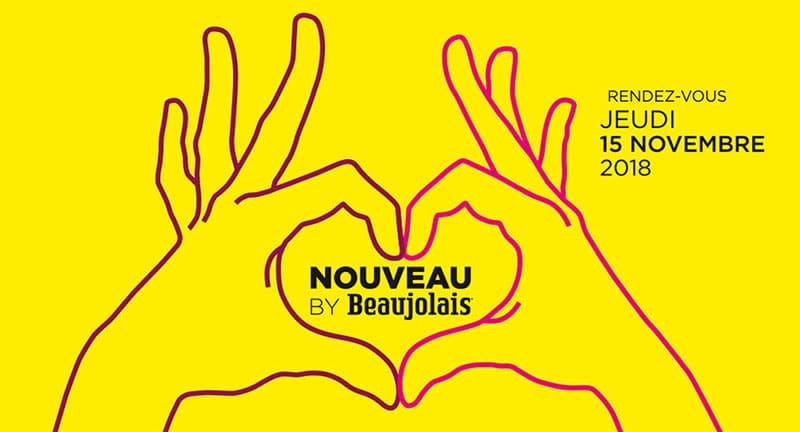 After learning some lessons in the past few decades, modern producers are focusing more on making high quality Cru Beaujolais wines that take longer to make, but even the best of the tiny producers still make a small amount of Nouveau for tradition.

The bigger producers have refocused on quality, and delicious Beaujolais Nouveau is easily available. It should be light and fruity, with fresh red fruit character. Think more cherries and raspberries than plums and blackcurrant.

It is bright and fresh, and is delicious chilled. Tastes great with white meats, and of course on its own.

Beaujolais has always been the drink of Lyon and is referred to as the troisieme fleuveor the third river of Lyon. 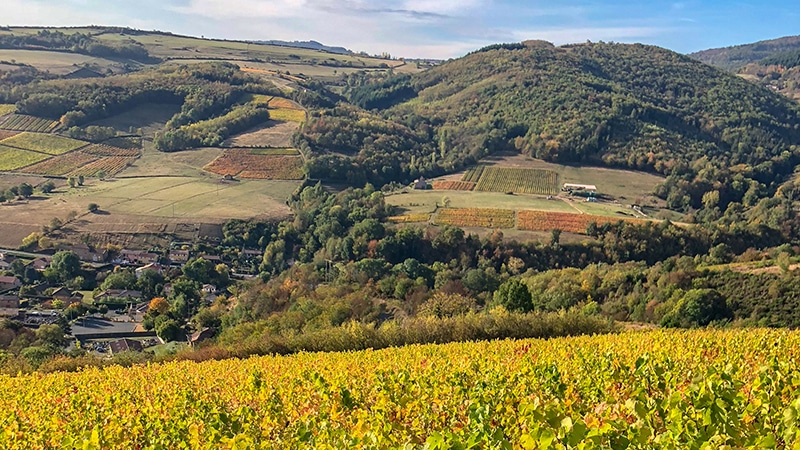 How to Celebrate Beaujolais Nouveau Day in Lyon

There will be festivities held at Place des Terreaux and Place Saint-Jean on the evening of the Wednesday the 14th, culminating with tastings at midnight, as well as all day partying on Thursday the 15th.

Want to learn more about Beaujolais?

CaroVin Lyon will be holding a Beaujolais masterclass on Tuesday the 20th of November, just in time for Thanksgiving. It’s a proven fact that Beaujolais pairs perfectly with a turkey dinner! Enjoy six wines from the region during a two hour educational tasting, click here to book your tickets.