The Woodstower music festival settles in Grand Parc Miribel-Jonage for the last weekend of August.

The Woodstower music festival celebrates its 20th birthday in high-fashion, from August 30 to September 2, with four days of eclectic festivities along the Plage du Fontanil, in Grand Parc Miribel-Jonage.

Grasp one last summer breathe during the Woodstower music festival on the Plage du Fontanil of Grand Parc Miribel-Jonage, from August 30 to September 2.

One of the most popular music festivals in Lyon celebrates its 20th anniversary with an extension to four days of festivities which combines, as always, an eclectic range of music genres, including urban music, electronic music, pop, rock or folk.

A special concert is organized to bless the festival’s birthday, on Thursday, August 30, with major headliners coming from the French rap scene, such as Suprême NTM, Disiz La Peste, Cut Killer and Kikesa. 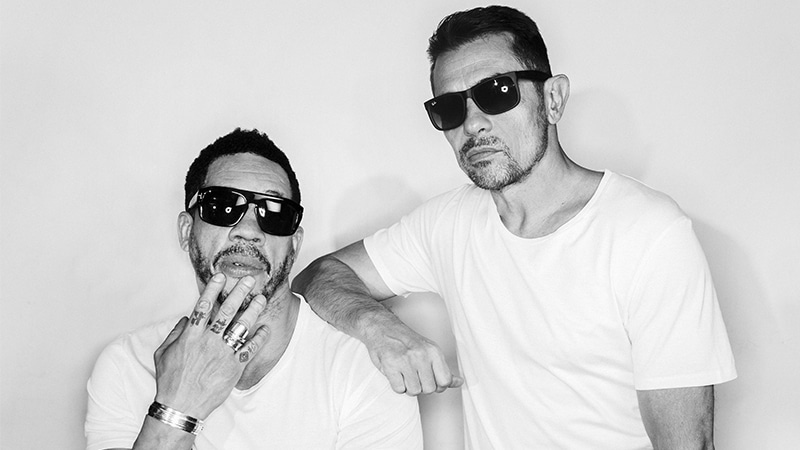 Supreme NTM, one of the most iconic French rap groups of the 1990s, highlights the anniversary concert of Woodstower – ©Woodstower

The prosperity of Woodstower culminates in 2018 with the addition of a fourth day.

It indeed features a special concert to highlight the opening night and bringing festival-goers back into the 90’s thanks to Suprême NTM (as well as a bunch of surprise guests).

Friday, Saturday and Sunday events are split between four different stages in the vicinity of the Plage du Fontanil: the main stage, the iconic tent, the « Woodsfloor » dedicated to electronic musics and the « Scène Saint Denis » dedicated to urban musics. 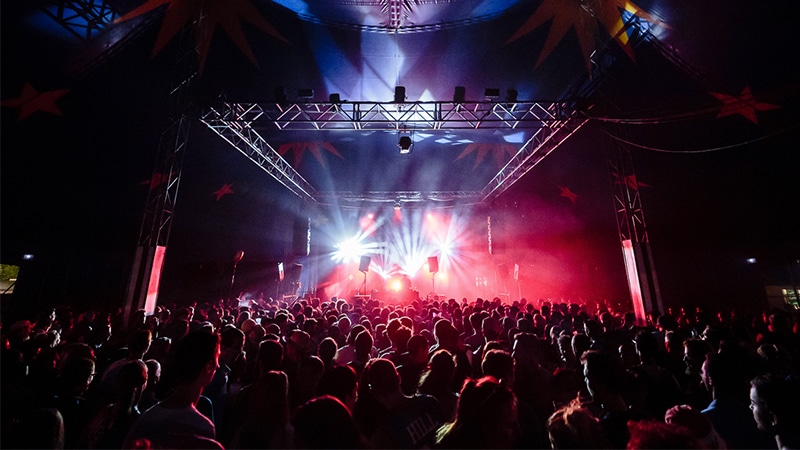 The stage located in the tent near the Plage du Fontanil, in Grand Parc Miribel-Jonage, brings a unique experience to the Woodstower music festival – ©Woodstower

Visit the official website for the full festival program, day-by-day.

Animations and actions around the festival

The festival’s popularity comes from music shows, obviously, but also from animations held around the events, such as the 13 meter-high zip-line and the public reading space, with a tree serving as bookshelf.

Street art shows close the festival on Sunday near the beach.

Woodstower is committed to sustainable development since its beginnings. Environmental and social actions are implemented, from eco-cups to composting toilets and a full range of facilities for disabled participants. 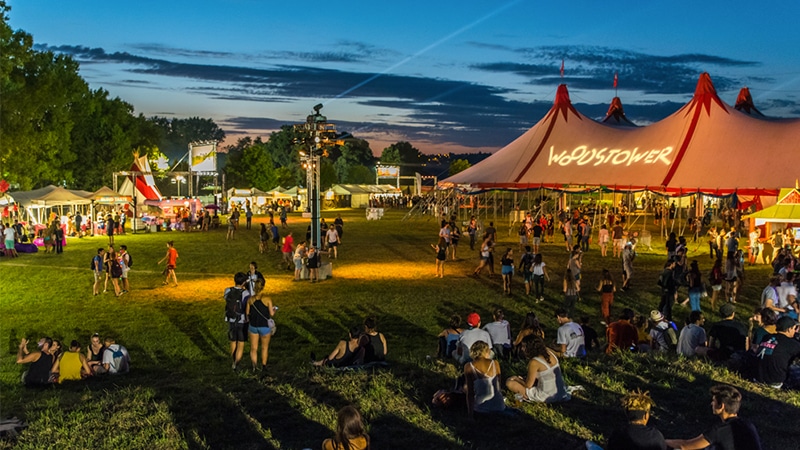 The Woodstower music festival location is unlike any other, in the heart of the Grand Parc Miribel-Jonage, near the Plage du Fontanil – ©Yann Le Tolguennec

Despite adding a fourth day of shows, Woodstower has maintained free access to the festival’s last day.

Families visiting the Grand Parc Miribel-Jonage on Sunday can easily enjoy the music and art shows in the different stages of the festival.

Woodstower opens at 7:30 p.m. from Thursday to Saturday. It ends at 5 a.m. on Friday and Saturday, and 1:30 a.m. on Thursday after the special concert. The festival stages are available on Sunday from 2 p.m. to 7:30 p.m.

The TCL bus line 83 is extended to the Grand Parc Miribel-Jonage from the subway station of Vaulx-en-Velin La Soie over the course of Woodstower.

Bike convoys departing from the Part-Dieu train station are organized, and parking in the Grand Parc Miribel-Jonage is free for carpooling.

All the transportation details for Woodstower here.

50€ for special concert on Thursday
Free on Sunday