The second edition of the Open Parc Auvergne-Rhône-Alpes takes place in the Parc de la Tête d’Or in Lyon.

Some of the best professional players of the tennis circuit headline the Open Parc Auvergne-Rhône-Alpes tournament, held in the Parc de la Tête from May 19th to May 26th, as part of the ATP 250 Series.

Created in 2017, the Open Parc Auvergne-Rhône-Alpes tennis tournament returns to the Parc de la Tête d’Or in Lyon between May 19th and May 26th, for the second edition of the ATP 250 Series. 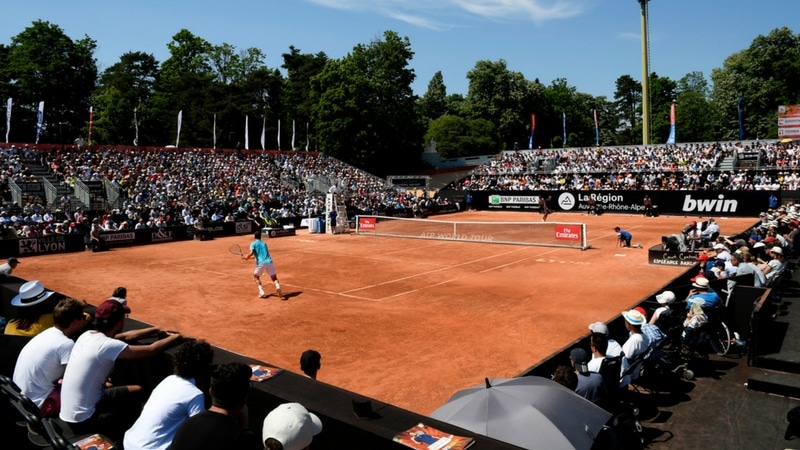 The Open Parc is one of the most important tennis tournaments in France, played on a clay court just like the Roland-Garros Grand Slam. ©Open Parc.

The Open Parc was previously known as the « Grand Prix de Tennis de Lyon », which highlighted the professional tennis landscape in France starting from 1987 and disappeared in 2009 for an 8-year hiatus.

The tournament is today considered the second most important tournament in France, logically following the Roland-Garros Grand Slam in Paris.

30,000 spectators over the course of the tournament made the trip to Lyon’s 6th arrondissement and the Parc de la Tête d’Or last year for the birth of the Open Parc.

The 4,500-seat temporary central court, made out of clay, is built inside the Parc de la Tête d’Or velodrome, located on the biggest island of the park. Three adjacent courts, also temporary, are constructed just outside of the island for training sessions and some tournament games. 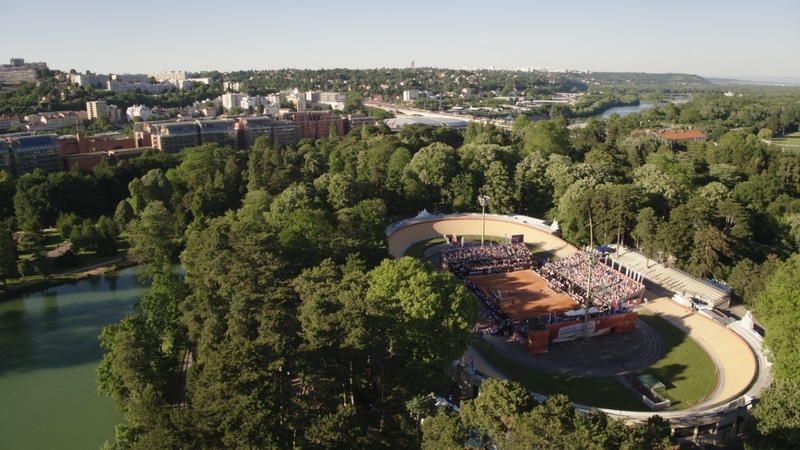 The central court of the Open Parc tournament is nested in the velodrome of the Parc de la Tête d’Or in Lyon – Open Parc.

An exhibitions’ village of 3000m2 will be open on the forecourt of the nearby Pavillon du Parc for the duration of the tournament.

The Open Parc is one of the four ATP 250 Series tournaments in France each season, alongside Marseille, Montpellier and Metz.

Semifinals take place on May 25th and finals on May 26th for both single and double tournaments.

The reigning champion, Jo-Wilfried Tsonga, against three of the best international tennis players

Two of the best French players will participate in the second edition of the Open Parc : Gaël Monfils (#42) and the reigning champion of the inaugural tournament, Jo-Wilfried Tsonga (#35).

He will try to keep his trophy against three of the best international players on the professional circuit, the Americans Jack Sock (#16) and John Isner (#9), and Austrian Dominic Thiem (#7). 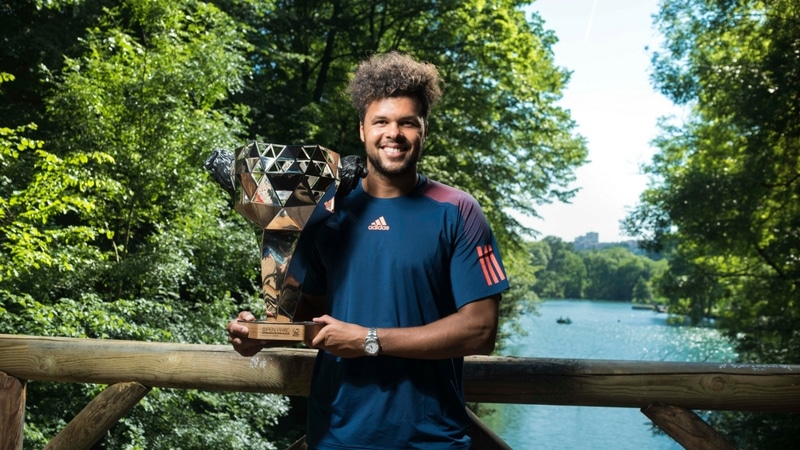 20€ to 55€ for general admission tickets

The Open Parc offers free access to adjacent courts over the course of the tournament while a free entrance to the central court will be provided for the first round of the competition, on May 19th.

General admission tickets for the central court range from 20€ to 55€, depending on the day and the seat category. More information about the rates can be found here..