Fêtes Escales in Vénissieux on July 13-15

A 20-year-old festive and multi-cultural manifestation in Vénissieux.

The Fêtes Escales returns for the 20th year to bring festive and multi-cultural animations in Parc Louis Dupic, situated in the popular suburban city of Vénissieux, from July 13 to July 15.

The summer months in Lyon are full of festivities and the popular suburban city of Vénissieux joins the party with the 20th edition of the Fêtes Escales, from July 13 to July 15.

The multi-cultural and inter-generational manifestation offers festive animations for Vénissieux residents, such as picnics, street art performances or music concerts in the Parc Louis Dupic, located next to the city hall. 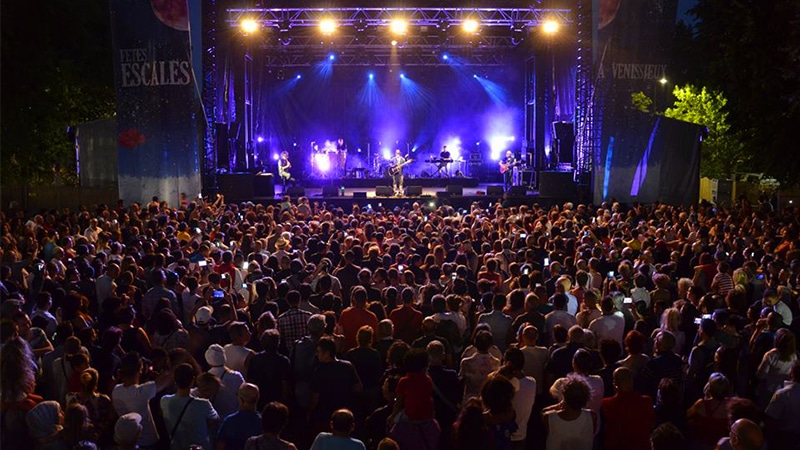 All the Venissieux residents are invited to the Fêtes Escales in Parc Louis Dupic for three days across the Fête Nationale weekend – ©Fêtes Escales, Vénissieux

Fireworks for the Fête Nationale on July 13th

Each of the three days of the Fêtes Escales is fueled by specific influences.

Music groups with Central African influences animate Friday, July 13th, in the evening, before the launch of the Fête Nationale fireworks around 11 p.m.

Opéra de Lyon’s chorus launches the second day of festivities right before a Republican picnic around noon, featuring a bunch of animations for kids through the afternoon. Three « cumbia » music groups, folkloric rhythm and dance from Colombia, highlight the Fête National evening.

The Fêtes Escales is brought to an end on Sunday, July 15th, with latino marching band and North African music groups.

Find out all the details about the program here.

Activities next to the city hall in Vénissieux

The Parc Louis Dupic, where the Fêtes Escales take place, is located next to the city hall of Vénissieux and the access to the festival is absolutely free and open to anyone.

Food trucks, snacks and refreshment bars can be found along the three days of the cultural manifestation if you are hungry.

The tramway line T4 and the bus line C12 stop near the Vénissieux city hill, in Marcel-Houël-Hôtel de Ville. The subway line D stops in Gare de Vénissieux, which is approximately 15 minutes away by walk from the Parc Louis Dupic.