Color Me Rad in Lyon on May 20th

Drop the white and wear color for the Color Me Rad race in Lyon !

The Color Me Rad chromatic race comes to Lyon for the fifth time, in the Grand Parc of Miribel-Jonage, to paint you from head-to-toe on May 20th.

For the 5th straight year, Color Me Rad brings powder paint to Lyon for the famous color race on May 20th !

Over 8,000 participants are expected to partake in the Color Me Rad race, eager to be painted from head-to-toe along the 5 kilometer path in the Grand Parc of Miribel-Jonage, on the north side of Lyon, near Vaulx-en-Velin. 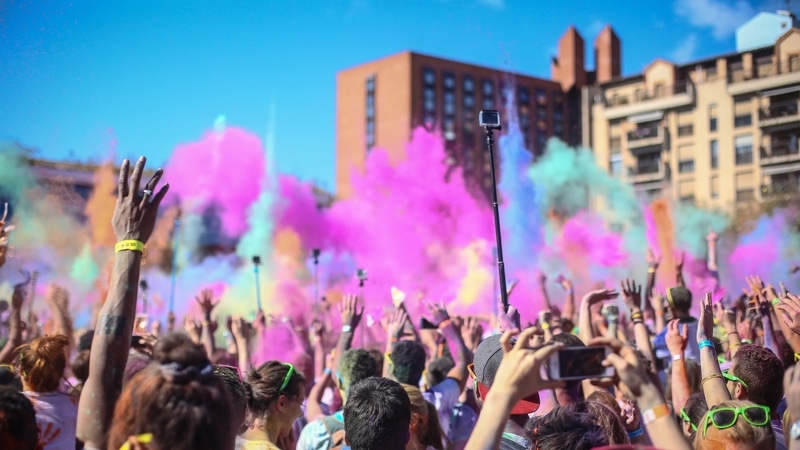 The colored powder is the main attraction of Color Me Rad. ©Lisa Milhavet

Get sprayed in pink, blue, green and yellow powder

The Color Me Rad concept is pretty simple. Wear an immaculately white shirt and paint it throughout the four color stations installed at each kilometer of the race.

Each station sprays contestants with a different colored powder : pink, blue, green and yellow. Rest assured, the colors used for Color Me Rad have no effects on human health or the environment. A good wash in the laundry is enough to remove the natural colors thrown at you. 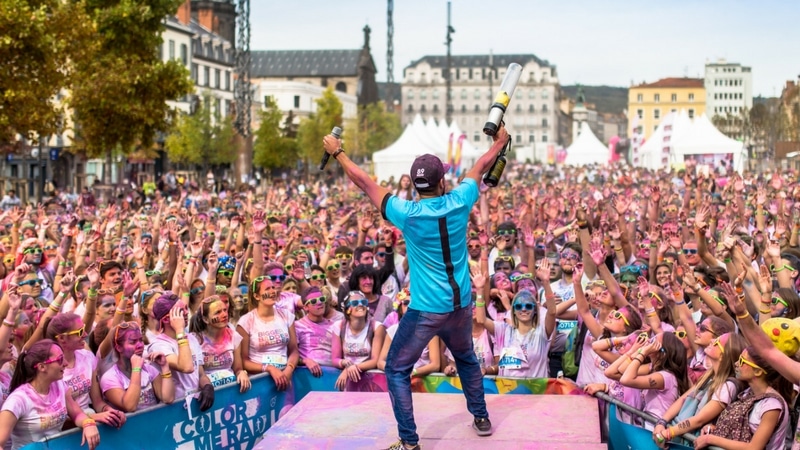 A music festival with DJs is waiting for finishers over the 4 hours of the race duration.

A race kit is provided at the start of Color Me Rad and features a white shirt, sunglasses, a tattoo and a wristband.

Color Me Rad gets some Indian festival inspiration

The colored race is inspired by the famous Indian festival « Holi », which celebrates the arrival of spring and uses the event to let go of the social norms. The first event of this kind was held in the United States in 2012.

In the light of the Indian festival, Color Me Rad is a popular event dedicated to having fun with friends or family more than competing for a racing time. The event is open to anyone looking to share a playful moment. 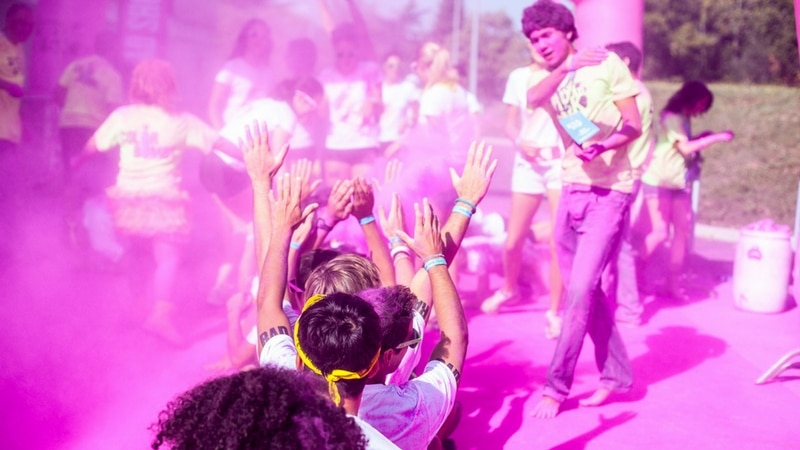 Don’t be afraid of being painted in pink (or blue, green and yellow) along the Color Me Rad race – Maxime Texier

Lyon is one of the historic stops of the Color Me Rad Tour in France, which has been coming to Lyon since 2015. The event in Lyon that year registered a record number of 20,000 participants.

Nantes, Toulouse and Lille are other stops of the 2018 tour.

Everyone meets at the Grand Parc of Miribel-Jonage

General admission tickets can be found on the Color Me Rad official website, ranging from €26 to €30 (and €24 to €28 for students).

Kids under 12 only have to pay €2 and be accompanied by an adult in order to participate.

To reach the Grand Parc of Miribel-Jonage by car, follow the A42 towards Geneva and take exit n°4 Parc de Miribel Jonage or exit n°5 Parc de Miribel from the Rocade Est.

There is also the bus line 83 between April and September leaving from metro station Vaulx-en-Velin La Soie. The park is linked to the cycle paths of Parc de la Tete d’Or and Gerland.