Home » What's up: Events » The Célestins Theater Season Continues with “Professeur Bernhardi” May 2-6

The Thomas Ostermeier Production Will Take Place Over Five Days

Continuing its 2017/2018 season, the Théâtre des Célestins in Lyon 2 will produce a German play from May 2-6, with one showing per day.

The play, “Professeur Bernhardi,” will be performed in German under the direction of Thomas Ostermeier and subtitled in French. 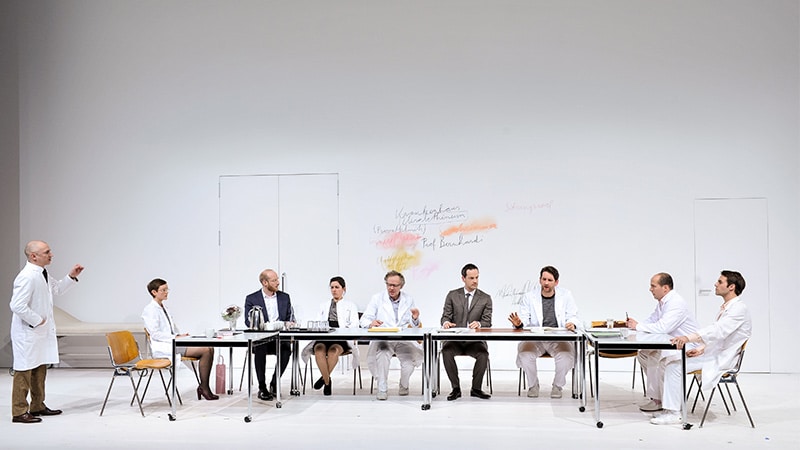 Professor Bernhardi, a hospital director and doctor, soon finds himself an outcast among his peers. ©Arno Declair

“Professeur Bernhardi” examines political agendas and distortion in a society ruled by competition, resentment, and anti-Semitism. It centers on the plight of Bernhardi, a doctor and director at a well-known hospital.

He quickly finds himself in the midst of a political scandal that threatens to ruin his career when he refuses to allow a priest to administer last rites to a dying patient. The patient is a woman in the final stages of a fatal blood infection as a result of an abortion gone wrong. She is delirious, fully believing that she has recovered.

Wishing to give the patient a “happy death,” Bernhardi wants to keep her in her illusion. The priest, however, is committed to protecting her soul. In the end, both fail, as the woman dies while they are arguing, alerted to her condition by the hospital staff. 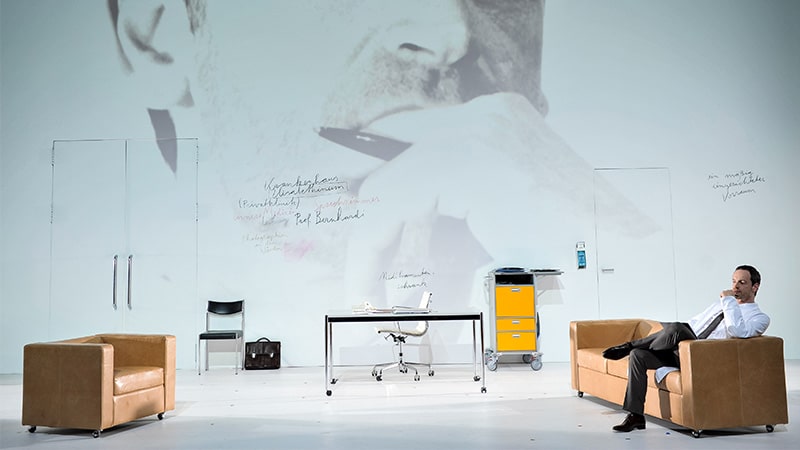 The accident soon causes a political scandal and Bernhardi becomes the subject of anti-semetic persecution and manipulation on both sides of the political spectrum.

“Professeur Bernhardi” is praised as a play that explores the professional world as a mirror of society, where an isolated case is warped to serve political motives, and the truth of the matter becomes more and more unclear.

Written by Arthur Schnitzler, “Professeur Bernhardi” is directed by Ostermeier, a German producer who has received awards for his work at festivals in Taromina, Belgrade, Berlin, Avignon, Barcelona, Venice and elsewhere. His staging is produced worldwide.

Ostermeier has a long history in the French arts scene and was appointed Officer of Arts and Letters by the French Minister of Culture in 2009. This was followed by his appointment as President of the Franco-German High Cultural Council in 2010. He was awarded the highest rank of Commander in the Order of Arts and Letters by the Ministry of Culture and Communication in 2015. 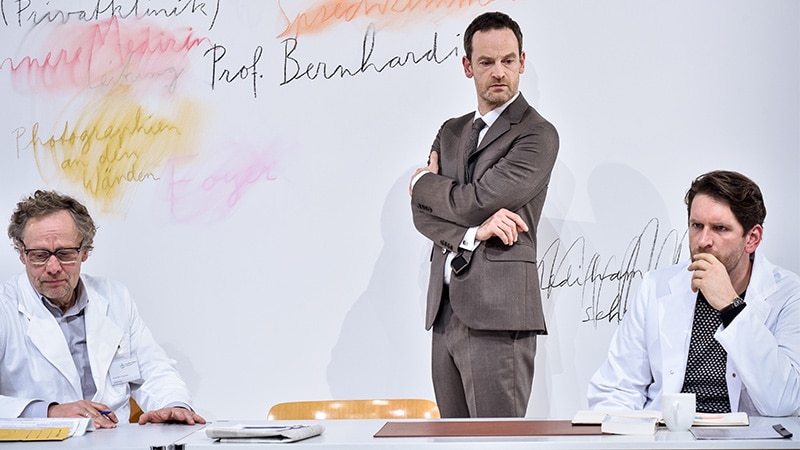 “Professeur Bernhardi” is one of the 14 international shows being produced at the Célestins theater this year. ©Arno Declair

This year, his staging is being produced at Lyon’s famous Théâtre des Célestins at Place des Célestins in the 2nd arrondissement, between Place Bellecour and Cordeliers.

The Italian-style theater is one of Lyon’s crown jewels, home to over two centuries of dramatic art. The current building dates from 1881, with the original before that stretching back to 1792.

The Célestins Theater stands with the Comédie-Française and the Théâtre de l’Odéon as one of oldest French theaters still in operation.