Home » What's up: Events » Argentine Tango Balls in Lyon from July 1 to August 26

Argentine Tango Balls in Lyon from July 1 to August 26

Engage in Argentine tango balls with your partner during the months of July and August in Lyon.

Argentine tango balls, called « milongas » in their home country, take place for six events during the months of July and August in different parts of Lyon, as part of the « Tout L’Monde Dehors » festival.

Six « milongas », as they are called in Argentine, are planned every Sunday of the month of July as well as on Sunday, August 26, and led by local Argentine tango association, Tango de Soie. 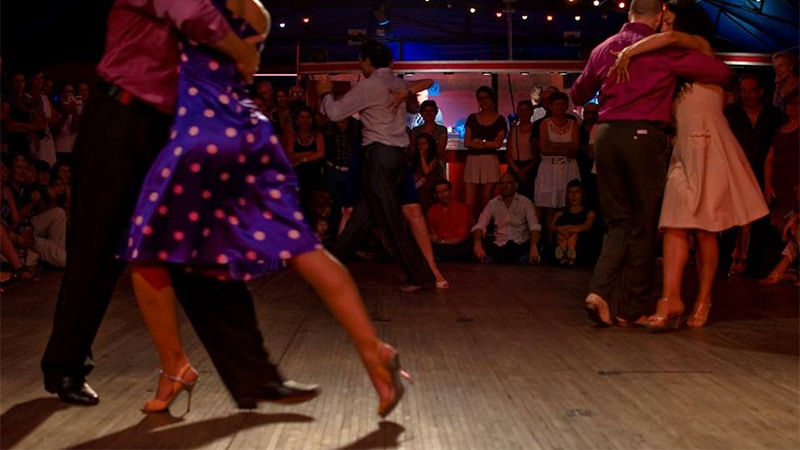 Organized by the municipality of Lyon, open-air dancing balls are one of the city’s summer traditions thanks to the « Tout L’Monde Dehors » festival, which run more than 300 free outdoor art events from June to September.

Local association Tango de Soie gives an initiation to Argentine tango through six balls, under the twilight of summer sunset. Click here for all the tango balls information.

Tango de Soie also runs Argentine tangos discovery sessions in June (June 24) and throughout the month of September (September 1, 2, 8 and 15), for free, in their location of 41 Rue Leynaud, near Croix-Paquet on the Croix-Rousse slopes.

All the details for the Argentine tango balls

Open-air initiations starts around 8 p.m, while all the activities are free and accessible to anyone willing to discover Argentine tango.

The Esplanade du Belvédère, near the Montée de la Grande Côte in the Croix-Rousse slopes, hold the Argentin tango balls on July 1st and July 15.

On July 8 and July 29, the Esplanade du Gros Caillou in the Croix-Rousse neighborhood take over the open-air tango balls.

Finally, Argentine tango balls are set up in Place Guichard on July 22 and August 26.

Free for all activities.