Every year, Lyon’s BD festival celebrates ‘BD’s’ – ‘bande dessinées’, or ‘comic books’ in English. This year has an international focus, with many anglophone comic-book authors and artists attending, including Charlie Adlard, cartoonist of The Walking Dead. 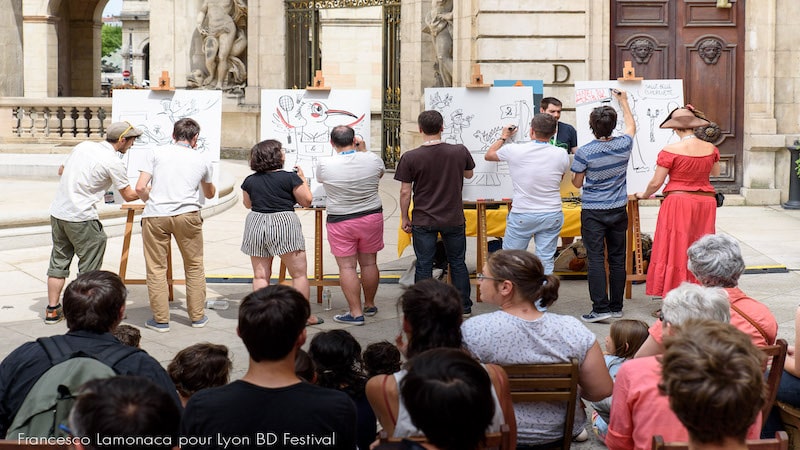 Lyon’s BD festival offers a range of activities – from meet-and-greets, to workshops, to performances and exhibitions. ©Francesco Lamonaca

A Weekend and A Month of Comic Books

The festival has two parts: the ‘IN’ part, and the ‘OFF’ part. The ‘IN’ weekend is the main part of the festival and takes place on 8th and 9th June 2019, whilst the ‘OFF’ festival lasts the whole month of June, taking place at various locations across Lyon.

At both the ‘IN’ and the ‘OFF’, the festival will celebrate the art of comic books, and its varied genre. Last year’s festival saw a massive 80,000 attendees, and this year’s festival expects much the same. The festival has always celebrated the international dimension of comic books – loved by people all over the world. So whether you’re a hardcore comic book fan, or just curious, be sure to head over to one of the many events at this year’s BD festival. 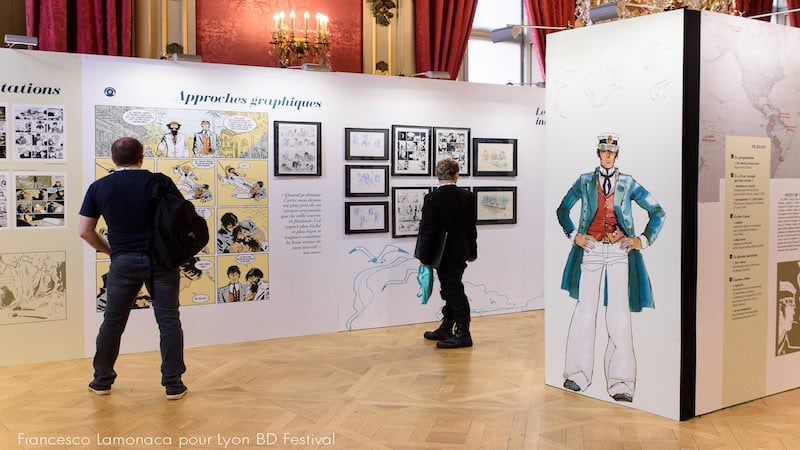 One of this year’s exhibitions will be a series of Charlie Adlard’s ‘planches’. ©Francesco Lamonaca

200 artists are expected at this year’s ‘IN’ weekend, many of whom are international.

Particularly exciting for all comic books fans is the presence of Charlie Adlard at the ‘IN’ weekend. Adlard is known for his work on MarsAttacks!, X-Files, Batman, and above all as cartoonist of the Walking Dead.

Le MacLyon and Lyon BD festival have collaborated to present 100 of Charlie Adlard’s original ‘planches’ (comic book pages, or ‘plates’). Adlard himself will be there to open the event. This will also be the opportunity to meet the cartoonist.

It will also be possible to meet other English-speaking comic-book authors, such as Mad magazine’s Luke McGarry and Bill Morrison, known for his work on The Simpsons.

There will even be a ‘battle’ of international comic books at Lyon’s Hôtel de Ville on the 8th and 9th June, bringing together authors from France, the U.S., Argentina, and England, to name a few.